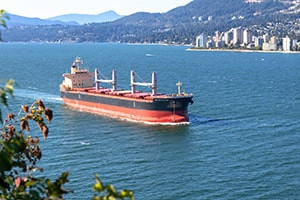 Learn about the protocols of the U.S. Clean Act Air and its annexes on emissions in this free online course.

Publisher: ADU
This ‘Marine Clean Air Act and Inspections’ course teaches you how to prevent air pollution caused by naval activities in the marine environment. If you are passionate about saving our planet, it is essential to learn the protocols of the Clean Act Air and its annex laws on emissions and maritime regulations. In addition, you will study the survey requirements for vessel inspections. Register today and support the protection of our marine life.
Start Course Now

The Clean Air Act is the law that defines the U.S. Environmental Protection Agency's (EPA) responsibilities to protect and improve the nation's air quality and the stratospheric ozone layer. The last significant change in the law, the Clean Air Act Amendments of 1990, was enacted by Congress in 1990. Legislation passed since then has made several minor changes. The Clean Air Act, like other laws enacted by Congress, was incorporated into the United States Code as Title 42, Chapter 85. Congress designed the Clean Air Act to protect public health and welfare from different types of air pollution caused by a diverse array of pollution sources. On October 8, 2008, the United States became a party to the Regulations for the Prevention of Air Pollution from Ships (MARPOL) 73/78, Annex VI (hereafter referred to as ‘Annex VI’). Starting on January 8, 2009, all U.S. ships must comply with the applicable portions of Annex VI. For the U.S. inspected vessels, the Coast Guard will verify shipboard compliance with the applicable provisions of Annex VI. They will issue an International Air Pollution Prevention (IAPP) Certificate or Annex VI COI endorsement as appropriate during routine scheduled inspections, such as during the review for certification or an annual re-inspection for endorsement on a COI. The coast guard will conduct Annex VI compliance exams in conjunction with other Coast Guard examinations or boardings and may issue IAPP Certificates upon request for uninspected vessels.

This course on the Clean Air Act and Inspections aims at discussing the MARPOL Annex VI verification for U.S. flag vessels in addition to the IAPP certificate compliance dates and documents by vessel types. It analyzes the inspections of the EPA engine emission regulations besides technical files and engine documentation certifications. In addition, we investigate the international safety management code and the foreign flagship examination. You will learn about the inspections needed for hazardous and air pollutants from ships. We will also study the MARPOL Annex VI fuel oil sulfur standards and non-availability reports. Engines should be certified by U.S. EFA as meeting Clean Air Act Tier 3 concerning the issues incurred with low sulfur fuel. Understand the precautions necessary in handling low sulfur fuel oil and the procedures for fuel change-over. This course will be of great interest to students, researchers, marine engineers, environmentalists and anyone with an investment in protecting the marine environment by limiting air pollution by ship. Why wait? Start today and be a solution to helping our marine life!