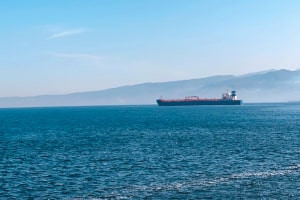 Become an expert in implementing IMO and ILO conventions and learn important maritime law in this free online course.

Publisher: ADU
This course teaches you about the conventions and codes of IMO, the structure of ILO and the complexities of admiralty law. Distinguish between maritime law and admiralty law and understand the role of the IMO, the flag state and the flag state requirements. It highlights the different maritime zones and explains UNCLOS on marine pollution. Investigate the importance of COGSA and seaworthiness by taking this course.
Start Course Now

The International Maritime Organisation (IMO) and the International Labour Organisation (ILO) guidelines have been developed to protect the seafarer in a maritime incident. This international convention and maritime law diploma is therefore ideal for introducing you to the international maritime organisation. We teach you about the main focus of IMO and the role of IMO in increasing maritime safety for ships, people working on vessels and the environment. There are four modules alongside various topics, broken down with accompanying media illustrations to give you a comprehensive understanding of the IMO. First, you will learn about the structure and the complexities of admiralty law. Distinguish between maritime and admiralty law and examine the ILO conventions, how ILO works and its structure. Understand how ILO works with the IMO to solve problems. Discover the UNCLOS zones, some of the Seas acts and some of the technical issues faced by the IMO. We explain the features of the Jones Act and its focus on providing medical care. You will also learn about income benefits for injured seamen in the line of duty and their dependents.

This course outlines the maritime labour convention in detail, which sets the minimum standard to ensure seafarers’ satisfactory condition of employment. We discuss the United Nations Convention on the Law of the Sea (UNCLOS), the rights and responsibilities of nations concerning their use of the world's oceans and the various areas of the world's seas as divided into zones of jurisdiction by UNCLOS. Explore the IMO conventions such as the International Conventions for the Safety of Life at Sea 1974 (SOLAS) and the International Convention for Preventing Pollution from Ships (MARPOL 73/78). Become knowledgeable of the Helsinki Convention and the codes used at sea such as the international safety management code (ISM code). Familiarise yourself with the International Ship and Port Facility Security Codes (ISPS Code). The course then teaches you about territorial waters, internal waters and how the baseline is measured. It describes the exclusive economic zone (EEZ) and the various duties of states bordering straits. Gain an awareness of the coastal state’s rights, jurisdiction and responsibilities within the EEZ.

Furthermore, this course analyses the International Convention for the Control and Management of Ships, ballast water and sediments. It also researches the methods used to treat ballast water. It summarises the ship owner’s responsibility under the ISPS, Continuous Synopsis Record (CSR) and the Ship Security Alert System (SSAS). This course explains in detail the tripartite nature of the MLC and its effects and what the IMO conventions cover. We teach you about forced labour, freedom of association, protection of the right to organise and collective bargaining. Study how the port state carries out inspections and how the feedback of deficiencies observed with the flag state is shared. Another noteworthy point to learn is UNCLOS’s involvement in marine pollution. Finally, the course describes the carriage of goods by sea Act (COGSA) as a section of the United States Code and how it governs the responsibilities and protections of shippers and carriers of cargo. This course will be of great interest to students, researchers and anyone curious about international conventions and the importance of maritime law. So register for this course and start learning today.