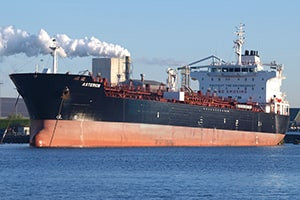 Learn about the protocols of the MARPOL Convention that curbs air pollution caused by ships in this free online course.

Publisher: ADU
‘Marine MARPOL Convention on Air Pollution’ is a course that illustrates how to prevent air pollution resulting from ship activities in the marine environment. Learn about the principal causes of air pollution to the marine environment and the main conventions formed to curb these problems caused by the movements of ships. Register for this course today and enhance your knowledge of the Marine MARPOL Convention on air pollution.
Start Course Now

We use the term ‘marine environment’ to describe our beaches, the entrance to rivers, coral reefs and the seas and oceans. The marine environment encompasses the billions of animals and plants in these areas and their atmosphere. Our seas and oceans are home to endemic species and provide living conditions for these unique communities. The marine environment also supports commercial and recreational fisheries. Many countries of the world depend almost entirely on the sea for their food. The marine environment must thus be protected from pollution by everyone. Pollution can cause grave harm or even kill the plants and animals that live in the sea. International regulations place strict laws on ships to curb the damage and protect this marine life which feeds off a range of marine animal or plant life. If we harm plant life, pollution impacts the lives of all animals such as fish, crabs, crayfish and so on. Many forms of pollution can harm the marine environment. The types of pollutants that may originate from ships include oil, garbage sewage, air pollution from the ship’s engines and bunker fuel, along with the anti-fouling paint on a ship’s hull.

This course, ‘Marine MARPOL Convention on Air Pollution’, discusses the severe pollution caused to the marine environment and the international classification of marine areas. We will teach you about the rights and responsibilities of nations concerning the use of the world's oceans, establishing guidelines for businesses and the environment, in addition to the management of marine natural resources. Determine the United States position on the ‘Law of The Seas’ and study the main provisions of the convention, considering the significant conventions formed to curb marine pollution and regulate the use of the world's oceans by individual states. All countries have a fundamental obligation to protect the marine environment, including the flag state and port state's responsibilities. Analyse the international efforts, conventions and protocols included in the International Convention for the Prevention of Pollution from Ships (MARPOL) Annex VI to curb air pollution by ships. You will learn about the definitions, applications, and port state control reports contained in the articles and protocols of the MARPOL. Next, study a summary of the MARPOL 73/78 Annex that addresses pollution at sea and coastal waters. Investigate the detentions caused by violations, which cause undue delay to ships, and finally explore the general obligations and implementation of the articles of the conventions.

This course’s main aim is to examine the regulations and guidelines for preventing air pollution from ships and the provisions for the emission of different substances. We will present you with the key concepts, applications, equivalents, and exemptions of Annex VI. We outline the protocols guiding the emission of ozone-depleting substances, explaining the rules and specifications on the emission of sulphur oxides and volatile organic compounds. By taking this course, you will review the availability and quality of fuel oil protocols and consider the susceptible sea areas (PSSAs) and the particular regions under MARPOL. Finally, you will look into the formulas, energy efficiency of ships and the energy efficiency design index. This course will be of considerable interest to students, researchers, marine engineers, environmentalists and anyone interested in protecting the marine environment by limiting air pollution from ships. Join today and begin your next learning journey!