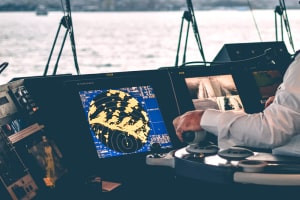 Publisher: ADU
This free online course discusses the protocols of the MARPOL Annexes that make up the ‘International Convention for the Prevention of Pollution from Ships’. We examine the exemptions, applications and waivers to the Convention and explore its history of protecting our oceans. Oil spills can devastate marine life and these protocols play an important role in keeping the ‘Blue Planet’ blue.
Start Course Now

The 1983 MARPOL Annex I seeks to prevent oil pollution from ships and tankers and regulates the methods used to control the discharge of oil into marine environments. Oil is carried as cargo by tankers and used as fuel for marine diesel engines, which generates waste oil as unpumpable residue in cargo tanks and as sludge left over from the purification of fuel and lubricating oils. Drainage from fuel tanks, leaks from machinery operation and exhausted lubrication oils also collect in fuel and lube oil sludge tanks. These waste oils can all contribute to marine pollution when they are discharged into the sea during tank-cleaning operations or during the discharge of ballast taken into cargo tanks or as direct discharge from machinery space without the use of an oily-water separator (OWS). The widespread use of discharge-monitoring and control systems has contributed to a noticeable decrease in levels of marine oil contamination. The MARPOL convention introduced a number of radical new measures such as a requirement for new oil tankers to be fitted with segregated ballast tanks to remove the need to carry ballast water in cargo tanks. This was superseded by the requirement for oil tankers delivered from 1996 onwards to be fitted with double hulls, thus enhancing marine environmental protection.

This free online course teaches you the definitions, applications, port state controls (PSC) and reports contained in the articles of the MARPOL Convention. We also cover detection of violations, undue delay to ships and signatories’ general obligations. We study the applications and exemptions of MARPOL Annex I and delve into the various waivers and equivalents in cases where the applications of Annex I cannot be upheld while analyzing its survey requirements. We cover the condition assessment scheme (CAS) and programme (CAP) before laying out the duration and validity of the International Oil Pollution Prevention Certificate (IOPP) and its various statutory clauses and requirements.

This course helps you understand marine pollution prevention methods and operations. We break down the requirements and conditions for machinery spaces as well as the usage of tools, amendments and exemptions to the norms governing tanks for oil residue. We take a close look at the conditions for the applications of oil fuel tank protection on tankers and vessels according to their position, state and capacity. We explain the basic functionalities of the bilge alarm and oil content monitor (OCM). Then follows the separation of oily water and the best practices and common errors associated with maintaining the oil record book (ORB). This course suits anyone looking to work in marine engineering, coastal conservation and maritime law as the MARPOL Convention plays a crucial role in protecting our precious oceans.