Introduction to Algebra for Engineering 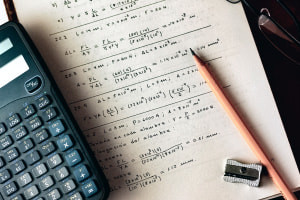 Publisher: ADU
Algebra is an important branch of mathematics that deals with symbols and the rules of manipulating those symbols. This course explains the concept of mathematical systems and their properties. It looks at the differences between commutative and non-commutative properties as well as how to solve algebraic problems. By the end, you will be more skilled in the different methods used to solve quadratic equations.
Start Course Now

There are many situations in engineering where we have to deal with algebraic symbols and equations. The aim of this course is to take young and aspiring engineers through the fundamentals of algebra in engineering. It begins by defining binary operations and explains how an operation, such as addition or multiplication is performed on a set, giving rise to two elements to combine to form a third element. It also describes some of the typical properties of a system. This course defines a Group as consisting of a non-empty set G, with a binary operation (∗) on G and properties including closure, associative, identity elements and inverse elements. It also differentiates between infinite and finite commutative groups. A Field consists of a non-empty set F, with two binary operations, (+,•).  You will learn how it is customary to denote the two operations as (+) and (•) due to variances in their behaviour. You will study a set of numbers known as imaginary numbers or pure imaginary numbers, and learn how the imaginary unit is defined. See how to perform operations on imaginary numbers and on complex numbers.

Complex numbers combine the set of real numbers with the set of pure imaginary numbers. You will learn how a set of complex numbers form a field under the operations of addition and multiplication. Then discover how to graph complex numbers and how to perform operations on complex numbers. This course defines relations as any set of ordered pairs and ranger sets as a set of second coordinates of each ordered pair. Learn about a function, which is any relation in which no two ordered pairs have the same first element. You will also delve into functional notation and special functions. The course explains how constant functions map real numbers. It also describes the algebraic definitions of the absolute value function and the geometric definition of the absolute value function. Learn about linear functions and the greatest integer function. The material explains quadratic function as well as the concepts of parabolas and the vertex in detail. You will be introduced to the polynomial and rational functions, and be taken through the applications of exponential functions.

Finally, master performing arithmetic operations on functions. Learn about the composition of functions and how to form the composite of two or more functions. Study the meaning of the inverse of a function and how to determine when it exists. This course explains the form of a quadratic equation and explores the graphical solution of quadratic equations in more detail as well as other methods of solving such equations. Analyze how to solve quadratic equations by using the Completing the Square (CTS) method. The material explains the conditions that must exist before the CTS method can be used for solving QEs. Learn how any quadratic equation can be solved using the quadratic formula. There are different types of problems that depend for their solution on analyzing quadratic functions and/or solving quadratic equations. In this course, you will learn some of the problem types from your work in previous algebra courses. We will examine some problems whose solutions depend on quadratic functions. Start this advanced math course today, and become better equipped in solving algebraic problems for engineering.

Upon successful completion of the course, you should be able to: