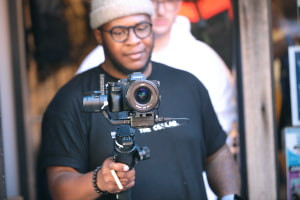 Publisher: Nexus Production Group
Did you know that feature film is the king of the media industry? It is propelled by individuals passionate about an idea portrayed on screen for a global audience. This course is designed to show you how to make a low-cost feature film. Discover the process of directing a film from concept to implementation, including planning, budgeting, scheduling, equipment, and working with your cast in rehearsal and onset.
Start Course Now