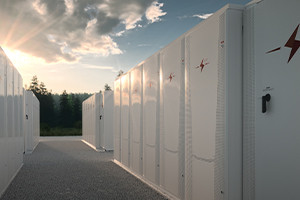 This free online course will teach you how the chemical energy stored in batteries is converted into electrical current.

Publisher: NPTEL
This course will introduce you to the fundamental concepts of batteries. This will include the oxidation process and the basic terms that are used. Then, you will learn how cells and batteries provide direct currents through the chemical reactions inside them. You will study lithium batteries, their wide uses in industry and the most common batteries used today in terms of structure and type.
Start Course Now

This free course will teach you the basics associated with batteries. A battery can be reduced down to a device consisting of two or more electrochemical cells that can convert stored chemical energy into electrical current. However, this course will teach you that batteries can be so much more and could be an alternative option for energy sources and may help people veer away from fossil fuels. During the course, you will learn their sign conventions and how they work. The first part of the course focuses on the different parts of the battery and their functions, the cell consists of a positive electrode, or cathode, a negative electrode, or anode, and electrolytes that allow ions to move between the electrodes, allowing current to flow out of the battery to carry out its function. The course also clarifies the difference between primary batteries or non-rechargeable batteries and secondary or rechargeable batteries. The principle of the electrochemical series, called reduction-oxidation, will be discussed in detail in relation to the concept of batteries.

Then, the standard procedure for testing, comparing a battery and the relevance of C-Rate to the test procedure is explained. This course will teach you about a constant, which is created by manufacturers, and that constant depends on the milliamp-hours specified in the battery. This constant is used to be able to pinpoint how much a battery should be charged without damaging the battery. You will learn about the charge and discharge curves, which are defined as the behaviour of battery voltage with respect to time in hours of charge or discharge at normal rates. Along with this, you will study polarization curves, which show the interdependence between the potential of the electrode and current intensity and its significance with respect to battery technology. You will study a newer type of battery called lithium-ion batteries, which use a graphite anode and a cobalt oxide cathode. Their development is more recent and allows high capacity reaching densities. Lithium metal batteries, which are similar to the previous one, but allow greater energy density, as well as a much higher discharge rate. Both of these types of batteries will be explained in detail. You will study the advantages of lithium-ion batteries over lithium metal batteries.

Finally, you will discuss the concepts of plating and pickling. This will include teaching you a mechanism called sandwiching to overcome plating and pickling. You will learn the variety of battery types in terms of shape and chemistry and their meaning. Batteries can be made from many different materials and minerals, such as poly-acid, nickel-iron, nickel-cadmium, nickel-metal hydride, and lithium-ion batteries, which can be charged without having to be fully discharged. Lithium-ion batteries have high capacity densities and they are known as one of the most commercialized batteries globally. There is an excellent variety of batteries, from miniature cells used in hearing aids and wristwatches to banks room-sized batteries that provide backup power to telephone exchanges and data centre computers. You will analyze batteries from a chemical perspective and list and discuss the advantages and disadvantages of each type. This course is aimed at students who want to guide their professional development in research on batteries as alternative energy sources. Or students who wish to study the improvement of electrochemical conversion processes for the treatment of the possible environmental consequences of the waste produced. This course could be of interest to the general public who want to know more about this clean and renewable form of storage. It is also aimed at professionals who want to know more about the operation, performance and performance of batteries and implement improvements in fields of great technological development such as cell phone batteries and electric cars. So why wait? Start this course today!