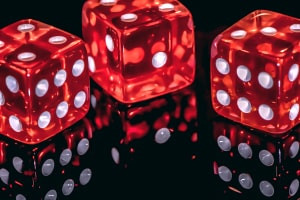 Master probability and learn how to work out the odds with this free online course that explains how to model data.

Publisher: NPTEL
Can you determine the probability of single and mutually exclusive events? This free online course covers the basic principles of probability theory and its applications. We show you how probability works with simple examples like tossing a coin or rolling dice. This course provides the tools you need to analyze seemingly random phenomena and shows you how to make sense of data to work out the likelihood of specific events.
Start Course Now

This free online course breaks down the basic concepts and key axioms of probability theory, which is vital to the study of action and communication as it quantifies the uncertainty surrounding the occurrence of events and phenomena. We examine the procedure for using probability methods to determine the possible outcomes of a random experiment while explaining how the sample space becomes the universal set. We then demonstrate the use of the primary rules associated with basic probability to determine the likelihood of an event occurring. The course then analyzes the formula that provides the probability function and navigates the process of using it to describe the probability distribution of a discrete random variable. We demonstrate the procedure for estimating the certainty of an event through the example of tossing a coin.

Probability comes into play whenever there is uncertainty about the outcomes of an event. So when you have sufficient knowledge of the prior outcome, how can you predict the likelihood of a forthcoming event? This question raises one of the quintessential concepts of probability theory: ‘conditional probability'. We lay out the relationship between Bayes’ theorem and conditional probability and its role in measuring the probability of spotting patterns based on the occurrence of the prior event. We then take you through the process of distinguishing the differences between independent and dependent events. The course establishes the significance of tree diagrams in portraying the combinations of two or more events by labeling the branch at the end with its outcome and the probability alongside the line. We demonstrate the process of extending almost all the concepts of portability with conditional probability and applying independence to any number of events.

We then cover the process of describing the outcome of a statistical experiment in numeric terms. This includes the procedure for computing the probabilities of discrete and continuous random variables. The course then delves into the statistical measure for quantifying the degree of correlation between two or more random variables. We explore the method of determining the strength of the relationship between independent and dependent variables. We study a statistical function that describes all the possible values and likelihoods that a random variable can take within a given range. Lastly, we define ‘probability distribution’ and lay out the procedure for finding its mean. This informative course highlights the various combinatorial analyses used to compute probabilities and enables you to dig deeper into more advanced related topics. Sign up to learn about the science that maps out the likelihood of events, knowledge that can set you apart from the crowd.