The History of the Industrial Revolution in Great Britain 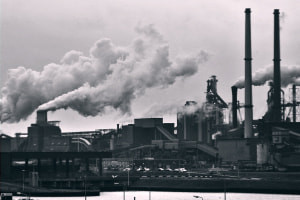 Learn about the Industrial Revolution of Great Britain in the eighteenth century in this free online course.

Publisher: Ross Maynard
This course is for those interested in learning about the Industrial Revolution of Great Britain in the eighteenth century. Several factors had converged to create the conditions for developments in industry and science. You will learn critical milestones of the early industrial revolution – in the textile industry, coal mining and iron production, engineering, and more. Sign-up and let’s go back in time today.
Start Course Now

In the eighteenth century, the Industrial Revolution of Great Britain began due to the circumstances that fostered industrial development and inventions. Agricultural improvements resulted in wealth for people to invest. The revolution created opportunities in education and individuals of talent to develop businesses, thanks to greater religious freedom. The rise of the coffee house culture awakened an interest in science and technology. These meeting points brought people together to share ideas into the orbit of those with money. This course will begin with an overview of the origins of the industrial revolution. You will learn about the revolution in the textile industry, the factory system, and inventions such as the Flying Shuttle and the Spinning Jenny.

Next came the birth of the steam engine. Several inventors worked and improved the steam engine required for steam pumps in the mining industry during this period. These developments directly contributed to The Age of Steam Locomotion, and the processing of fuels for engines evolved. Wrought iron rails, along with improvements in engine technology, enabled the Railway Age to flourish. We will also look at The Engineering Revolution, which followed the designs and construction of canals, bridges, and harbours. The profession of Civil Engineering was born with James Brindley as one of its pioneers. During this time, society commonly believed women belonged at home, yet a woman was one of the pioneers in this field. Sarah Guppy became a prolific designer and inventor throughout her life, and she was responsible for many designs and ten patents.

The Scientific Revolution started with significant developments in mathematics and science by Isaac Newton and Gottfried Leibniz. Medicine began to be formalized as a discipline, and probably the most important medical development was the vaccination for smallpox. Bleaching powder was also developed and used in the textile industry. Finally, just as a woman’s place was thought to be in the home, a black person’s place in Britain was considered a servant. But two black people worth mentioning are Charles Ignatius Sancho - the first person of African origin known to have voted in Britain, and Olaudah Equiano, one of the most influential campaigners for the abolition of slavery. This free course is for anyone interested in learning about the Industrial Revolution of Great Britain. Start the course today.

Free, Online The History of the Industrial Revolution in Great Britain Course