World History - The Rise of Fascism 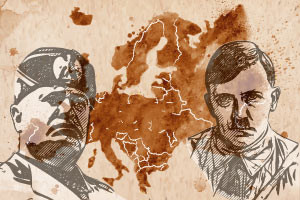 Learn about the rise of fascism in the middle of the 20th century and the division of Europe as part of the Cold War.

Publisher: Khan Academy
This free online world history course will discuss the rise of fascism as a political movement in mid-20th century Europe. Fascism is a political ideology characterized by authoritarianism and nationalism. This course will teach you about the Nazi party, Adolf Hitler, and how economic chaos in Germany helped propel the party into power. It will also teach you about the build up to the second world war and the division of Europe.
Start Course Now

Adolf Hitler was the leader of Germany’s Nazi Party and one of the most powerful and notorious dictators of the 20th century. This course will discuss how Hitler led the rise of the Nazi party in Germany during the 1920s and 1930s. You will learn how the Nazi party turned Germany into a one-party dictatorship, and you will examine the aggression and violence shown by the Nazi party to its neighboring countries.

The Nazis were not only aggressive towards neighboring countries, but to the ethnic minorities in Germany as well. This course will look into the aggression and violence shown by the Nazi party to these ethnic minorities. You will also study the rise of Benito Mussolini in Italian politics during the 1920s and learn how Mussolini turned Italy into the first fascist dictatorship.You will then study the relationship between Hitler and Mussolini during the 1930s.

The rise of fascism unleashed an unprecedented attack on minority populations and communities, in particular, the Jewish population of Europe. This course will show you how it resulted in millions of deaths in concentration camps. By the end of this course, you will also understand how the fascist political movement in Europe during the 1920s and 1930s led to a world war and the Holocaust. So, check this course out today, and start learning some really important facts of world history.

Having completed this course the learner will be able to: