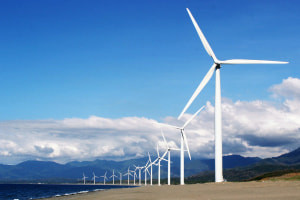 What are the advantages and disadvantages related to harnessing the energy of the wind?

Publisher: NPTEL
This free online course will introduce you to using the wind as energy. You will study the process by which wind is converted into electricity through an electrical generator and learn about windmills. Finally, delve into emerging designs to reduce the impact on birds. This material will give you a thorough grounding in the many benefits and challenges that come from wind energy.
Start Course Now

This course introduces you to the concept of capturing wind energy and using it as an alternative source of renewable energy - essentially, how people harness the kinetic energy of air masses. The material will explain the pattern of wind energy usage in the world and the different types of wind turbines that are available. Learn about the relationship between power and wind speed of a horizontal-axis wind turbine while the theoretical and practical limits of the energy that can be captured from the wind are explained. Throughout the course, you will study the environmental aspects related to this form of energy, a renewable and clean resource that helps reduce greenhouse gas emissions by reducing the reliance on fossil fuels. We will discuss the basic elements needed to harness the wind such as its diurnal, nocturnal and seasonal variations, and the changes in speed according to the height above the ground. Discover the world’s first practical windmills which were built in Sistan, Afghanistan, in the 7th century; these were vertical-axis mills with rectangular blades covered in cloth that were used to grind wheat or extract water. In some parts of the world, this system is still used.

Next, learn about the efficiency of a windmill, as defined and measured using the Betz limit. The Betz limit is a law of physics (Betz’s Law) that prevents all the power available in the wind from being extracted as it passes through the rotor of a wind turbine. You will study various energy control techniques, such as increased energy storage capacity, a wide geographic distribution of wind turbines, and the ready availability of back-up energy sources. See how wind power is calculated from wind turbines while the structure of a windmill, its various parts and constituent materials, is briefly discussed. Learn about the importance of wind energy production forecasts that allow people to anticipate variations in production that may take place in the short term.

Advantages of wind energy include the ability to provide electricity in isolated regions that do not have access to the power grid through small wind installations. This course will review the impact that wind energy has had in terms of world installation capacity, generating around five percent of world electricity consumption. You will study the advantages of harnessing wind energy in terms of costs since, while its installation requires a considerable initial investment, it does not have future fuel costs. You will also master windmill design principles such as ‘lift’ and ‘drag’. Understand what the multi-blade requirement is based on and how to use it in combination with RPM (revolutions per minute) or torque. You will also study the main uses that wind energy has at present, including the generation of electricity through wind turbines connected to large power distribution networks, which has the advantage of being an increasingly cheap and competitive source of energy in many regions around the world. This course is aimed at professionals in the energy sector who want to learn more about this form of clean and renewable energy for the improvement of their energy production processes and performance of wind farms. It is also aimed at students who want to expand their knowledge of renewable energy sources and want to be at the forefront of clean and sustainable energy production.

Construction and Design of Wind Turbines