Imperialism and Power in Short Stories from the Early Twentieth Century

This course will teach you about the different themes around imperialism found in early 20th century works of fiction.

Teaching & Academics
Free Course
Explore three very different works from the early twentieth century to see how they tackle imperialism and power through various themes and motifs. Through the lens of imperialism, you will see the feelings of futility that the authors reflected in their work. This free online course tackles works about India, the Congo and England to see how the notion of power is woven through each.
Start Course Now 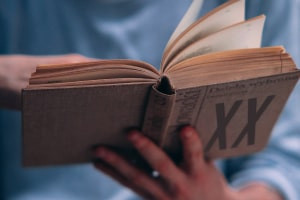 These three short stories may have different locations and different authors but they all run along the same themes. If you would like to learn how to establish themes, form motifs and critique works of fiction, this free online course will interest you. ‘The Postmaster’ is a short story written by Rabindranath Tagore in 1918. It follows themes of imperialism, occupation and inequality. In just a few pages, Tagore manages to pack in a huge amount of emotion while letting his protagonist internalise that emotion. The narrative follows his career, relationships and fears and how these become entangled to create the postmaster’s life in rural India. The sentiment of ‘no man left behind’ is completely turned on its head as the postmaster leaves his urban life and family behind for his new job and consequently leaves Ratan, his young servant, and their friendship behind as soon as possible. This is mirrored by England’s occupation of Indian territory which left millions behind as their land was used for imperialist causes. This course will discuss the different nods to imperialism present in this story such as the indigo factory, the contrast between rural and urban settings, and the distain with which the postmaster views his surroundings.

‘Heart of Darkness’ is a novella written by Joseph Conrad in 1899. There are no holds barred when it comes to what theme is most prevalent in this story: imperialism and the struggle for power. The background on which this narrative rests is one of an imperialist stronghold that reflects the imperialism found in ‘The Postmaster’. The power that is wrought over those who live in areas of financial interest to ‘The Company’, is explored within this course. There are many themes discussed with regard to ‘Heart of Darkness’, including futility and ambivalence. Through the characters of Marlow and Kurtz, we are introduced to ‘the invader’, ‘the invaded’ and ‘the half-assimilated’. By 1899, New Imperialism was in full flow and the power struggle that western countries were having among themselves and the countries they wished to subjugate was palpable.

‘The Fly’ is a short story written by Katherine Mansfield in 1922. While the theme of imperialism does not continue to this story, the theme of power is certainly rife throughout. ‘The Boss’ appears constantly in the throes of a power struggle between his employees, his emotions and even his own past. This is cleverly juxtaposed against his battle with the fly in his ink well. He gives and relinquishes power so often that in the end, the fly does not survive. Masculinity and the Boss’s association of it with vitality and mortality are explored throughout as he struggles to remain focused on his visitor and therefore his innate task of being the alpha male in the room. These three stories delve deep in the psyche of a man interrupted. A man whose life revolves around fighting who he is and how he feels and what he feels is expected of him. These protagonists are all involved in different activities, yet they all have that in common. For a better understanding of these short stories, the time periods in which they are set and the themes that run through them, begin this course today.

The Postmaster and The Fly