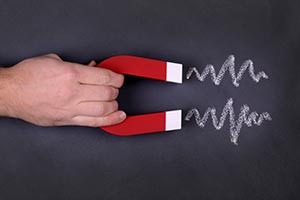 The basics of electrostatics, circuits, magnetism and field lines are all covered by this free online physics course.

Publisher: ADU
This course introduces you to the basics of electrostatics and circuits and is helpful for anyone studying high school science. The study of electrostatics is useful in many areas such as generators, inkjet printers, and electrostatic painting. You will also learn about activity in magnetic fields and field lines. So, simply create your account and register for free to understand more about electricity and magnetism.
Start Course Now

Electricity and magnetism are separate yet interconnected phenomena associated with electromagnetic force. Together, they form the basis for electromagnetism, a key discipline in physics. In an electromagnetic wave, the electric field and magnetic field are perpendicular to one another. Except for behavior due to the force of gravity, nearly every occurrence in daily life stems from electromagnetic force. It is responsible for the interactions between atoms and the flow between matter and energy. Other fundamental forces govern radioactive decay and the formation of atomic nuclei. This course introduces you to the basics of electrostatics. Coulomb's law provides an accurate description of the force between two objects whenever the objects act as point charges. It has many applications to modern life, from photocopiers and laser printers to powder coating. This course analyzes Coulomb's law in vector form as well as the comparison of electrostatic and gravitational forces.

It introduces you to different types of materials. Have you ever experienced a feeling of electric shock while coming in contact with a household appliance or while trying to plug your phone to charge? Why does that happen? Why don’t we get a similar experience when we are in contact with wooden materials? By the end of this course, you will be able to differentiate between the two types of materials with the aid of examples. You may wonder how charges can continuously flow in a uniform direction through wires. In order for a source-and-destination scheme to work, both need to have an infinite capacity for charges in order to sustain a continuous flow. This is possible with the aid of circuits, a never-ending looped pathway for charge carriers.

Lastly, you will learn about the relationship between current and resistance expressed by Ohm’s law. This states that the current flowing in a circuit is directly proportional to the applied voltage and inversely proportional to the resistance of the circuit, provided the temperature remains constant. In 1845, German physicist Gustav Kirchhoff developed a set of rules that deal with the conservation of current and energy within electrical circuits. These are known as Kirchhoff's current and voltage laws, and the course will explain them further. Magnetism is caused by the motion of electric charges. The material outlines the magnetic lines and properties of force, and the magnetic forces between permanent magnets. If you want to improve your high school physics results, sign up for this free course today!