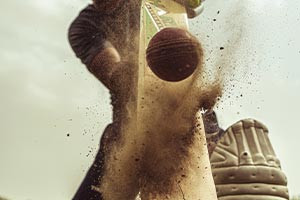 This free online physics course examines the standards, examples, and application of force and energy in objects.

Publisher: ADU
Work and energy play essential roles in our everyday lives and scientific circumstances. Not only does energy have many forms, but it is involved in almost all phenomena and is one of the most important concepts in physics. You'll learn how to apply the principles of the conservation of energy to study the dynamics of systems and the relationship between work and energy.
Start Course Now

This course introduces you to the standards and applications of work and energy. When a force acts on an object to cause displacement of that object, it is said that ‘work’ has been done on the object. There are three key ingredients to this which are workforce, displacement, and cause. In order for a force to qualify as having done work on an object, there must be a displacement and the force must cause the displacement. There are several good examples of work that can be observed in our everyday life such as a horse pulling a plow, a person pushing a grocery cart, a student lifting a backpack full of books or a footballer kicking a ball. In each case, there is force exerted on an object to cause that object to be displaced.

The course begins by introducing you to Newton's laws and forces and Kepler's three laws of planetary motion. Sir Isaac Newton worked in many areas of mathematics and physics. He developed the theories of gravitation in 1666. In 1686, he presented his three laws of motion in the Principia Mathematica Philosophiae Naturalis. By developing his laws of motion, Newton revolutionized science. Newton’s laws, together with Kepler’s Laws, explain why planets move in elliptical orbits rather than in circles. The course then analyzes friction, its general characteristics, and coefficient. The applications of friction can be seen in our everyday activities. It is an important factor in many engineering disciplines like transportation, measurement, and household usage. For example, road slipperiness is an important design and safety factor for automobiles as is the use of a tribometer to measure the friction on a surface. You will learn about the different applications of friction and how to reduce it.

Lastly, you will be introduced to momentum, a commonly used term in sports. Momentum is actually a physics term; it refers to the quantity of motion that an object has. A sports team on the move has momentum. If an object is in motion (on the move) then it has momentum. The course analyzes problems connected to the conservation of momentum and the momentum theorem. Work, in physics, is the measure of energy transfer that occurs when an object is moved over a distance by an external force applied in the direction of the displacement. This course identifies the different kinds of situations where no work is done. Register today and improve your understanding of key concepts in physics.