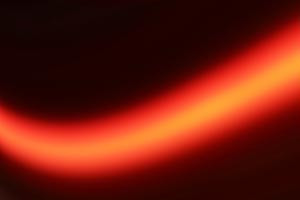 This free online course examines the different types of waves, reflection of light and fundamental forces of nature.

Publisher: ADU
Everything we hear and see is based on the information our bodies take in. In this course, you will learn about light and sound waves, how they travel, and how they interact. While no single answer to the question, ‘What is light?’ satisfies the many contexts in which light is experienced, by the end of this course, you will be able to identify the different laws that govern how light interacts with matter and changes direction.
Start Course Now

This free online course introduces you to the most common forms of waves and sounds. Waves are everywhere: whether we recognize it or not, we encounter waves on a daily basis. Sound waves, visible light waves, radio waves, and slinky waves are just a few examples. In addition to waves, there are a variety of phenomena in our physical world that resemble waves closely and such phenomena can be described as being wave-like. The motion of a pendulum, of a mass suspended by a spring, and of a child on a swing are examples of the impact of waves in our daily lives. Waves (and wavelike phenomena) are everywhere. We study the physics of waves because it provides a glimpse into the physical world that we seek to understand and describe. This course identifies the different types of waves and some of the laws associated with them.

Next, it introduces you to the concepts of light and reflection. Light is all around us and is vitally important to us. Why does it make some things appear to be a different color from others? Does it travel as particles or as waves? Why does it move so quickly? It not only lets us see in the dark, but its properties are important to many aspects of our lives. Reflections in the rear-view mirrors of cars help to keep us safe. Refraction through lenses of eyeglasses or contact lenses helps some people see better. Have you ever wondered why you are able to see your reflection in a mirror? The answer happens to be one of the simplest laws in physics; it is called the law of reflection. By the end of this course, you will learn about how light and reflections work.

Lastly, the material introduces you to some of the concepts associated with modern physics. The wave nature of matter is one of its most counter-intuitive concepts. In 1923, a French physics graduate student named Prince Louis-Victor de Broglie made a radical proposal based on the hope that nature is symmetric. This course outlines how De Broglie took both relativity and quantum mechanics into account to develop the proposal that all particles have a wavelength. The discovery of the law of conservation of mass helped to turn physics into the respectable science it is today. If scientists know the quantities and identities of reactants for a particular reaction, they can predict the amounts of products that will be made. By the end of this course, you should be able to identify the importance of the laws of conservation of mass and energy.