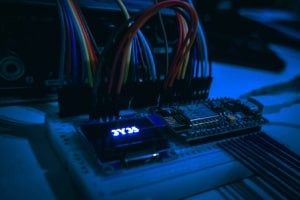 Gain a broad understanding of the digital switch interfacing of the MSP430 microcontrollers in this free online course.

Publisher: NPTEL
This free online course will help you gain a better understanding of the digital interfacing of the MSP430 microcontroller. You will learn the appropriate MSP430 software to download and install on your computer, as well as the switch interface of MSP430. The concept of Interrupt and the features of the clock and reset systems of MSP430 will be analyzed. This course will help you acquire the skills needed to manipulate the MSP430 microcontroller.
Start Course Now

This free online course on Embedded Systems will introduce you to the digital interfacing of the MSP430 microcontroller and help you gain a better understanding of the functionalities of the device. The course begins by showing you how to download and install the most important software for the MSP430, Git, and Code Composer Studio (CCS). Git is a free and open-source distributed version control system designed to handle small or large files with speed and efficiency. It is usually used for coordinating works among programmers. While the CCS is an integrated development environment (IDE) used to develop applications for Texas Instruments embedded processors and microcontrollers such as the MSP430 microcontrollers. You will be able to explain how to import existing projects from the git-cloned path to CCS. You will also learn how to set up new projects in CCS using the MSP430G2553 as an example. Then, the structure of the embedded C programming code, and the method for connecting a laptop or desktop computer to the MSP430 lunchbox will be described.

Next, you will be shown how to write programs to manipulate bits and pins of the MSP430, and how to set outputs and read inputs. Also, the six digital inputs and output registers of the MSP430, their respective features and roles will be analyzed. You will consider the input devices of the microcontroller with emphasis on the most common which is the switch. You will study the design, as well as the pull-up and pull-down resistor configurations of the switch. You will come to understand why the MSP430 requires a switch and the functions of the switch registers. Thereafter, you will learn about the basic clock and reset sources, which is one of the most important elements of the ecosystem for the MSP430 to function effectively. The modules, as well as the three sources of the basic clock in the device, will be discussed. How the clock sources work with a circuit will also be demonstrated in this section. Then, you will be taken through the two types of resets namely, the Power-on Reset (POR) and the Power-up Clear (PUC).

Furthermore, you will be introduced to the concept of Interrupts which is a mechanism that gives the feeling of multitasking. The MSP430 has only one CPU and a single CPU can only perform one operation at a time but because it performs those operations at a very high speed, it is possible to give an impression that the microcontroller in the embedded system is actually doing multiple things at the same time. You will be taught the three types of Interrupts and consider how they can be classified as vectored or non-vectored Interrupts. You will also be shown how the microcontroller behaves when returning from an Interrupt. An experiment with Interrupts on the MSP430 lunchbox will also be illustrated. Additionally, you will examine the various types of display devices such as the Seven-Segment Display, Liquid Crystal Display (LCD), and other graphic displays. Learning about the digital interface of the MSP430 will give you the skills and expertise to expertly manage the MSP430 microcontroller. This online course is very unique and has a hands-on approach to dealing with the digital interface of the MSP430 microcontrollers. So, give yourself something exciting to engage in, and start this course today.

Digital Inputs and Outputs of MSP430

Introduction to Interrupts in MSP430