Diploma in Neuroscience and Neurophysiological Procedures 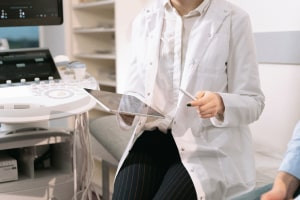 In this free online course, study how neurophysiology is used to create prosthetic limbs, diagnose epilepsy, and more.

Publisher: NPTEL
The study of neurophysiology helps scientists to understand brain function and evaluate mental health. Among its various applications is the creation of brain-computer interfaces, or the communication between the mind and a computer, or the use of EEG tests to diagnose and treat mental disorders, such as epilepsy. Imagine the possibilities! This free course will teach you what you need to know about these exciting fields in neurophysiology.
Start Course Now

Imagine being able to create a robotic prosthetic limb capable of moving and receiving commands through the nervous system much like the real thing, or designing an electric wheelchair for a person that is completely paralyzed that moves just by thinking about the direction you want it to go. Envision someone who has lost the ability to speak being able to communicate their thoughts through a mobile device, or controlling the cursor on your computer with the power of your mind. Picture a new age of online games where a player immerses themselves in a virtual world and controls their online avatar with their mind, or a computer capable of diagnosing and classifying mental disorders by interpreting the electrical impulses of your brain. Some of these things are already possible, and some of them are currently under development, thanks to an exciting field of science known as neurophysiology. This online course is designed to introduce you to procedures of neurophysiology that will help you understand how to create brain-computer interfaces, how to manufacture electrodes used in electroencephalograms (EEG) and how to diagnose and classify epilepsy using an EEG.

You will start by studying how to pinpoint the exact areas of the brain that emit the electrical signals that are recorded by an electroencephalogram, or an EEG. Understand how brainwaves travel through different cortical circuits in the brain. You will then study brain-computer interfaces, the creation of a direct communication pathway between the human brain and a computer interface, whose main purpose is to provide those who have a disability the functionality they lost due to a missing limb or paralysis. Learn how to elicit and record specific event-related potentials in the human brain and how to manipulate these to digitally send a command code to a computer interface. You will explore the functions of a computer program known as EEGLAB to plot and interpret the brain waves obtained from different types of event-related potentials. Become proficient in designing a signal conditioning circuit used in biopotential signal experimentation and how to do a wavelet analysis of the obtained signals. Next, you will move on to study photolithography techniques, a process used in the microfabrication of parts made of thin films, such as the electrodes used in EEG experiments.

Neurophysiology also plays an important role in understanding mental disorders. This course will explain the applications of neurophysiology in diagnosing, classifying and treating one of these disorders, epilepsy. Study how epilepsy affects those who suffer from it, what are the causes of epilepsy and what happens in the brain during an epileptic seizure. Learn how to perform EEG tests aimed at diagnosing epilepsy, and how to determine the type of epilepsy in patients by reading the waveform obtained during the test. Towards the end of this course, you will study a thin-film depositing technique known as physical vapour deposition (PVD). Examine three different PVD methods used for depositing thin films, such as gold or aluminium. Understanding these techniques will help you comprehend how the electrodes used in electroencephalograms are manufactured. This course is very technical but exciting and rewarding. If you don’t have a background in neurophysiology you can take the Diploma in Neurophysiology & Neuro-Instrumentation course first and lay the groundwork for this course. If you already have basic knowledge in this exciting field and want to expand on that knowledge, this course is for you. Are you ready to study the most up to date information about neurophysiological applications? Take this Diploma in Neuroscience and Neurophysiological Procedures today!