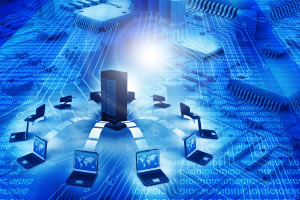 Learn about Wide Area Network technology and its protocols.

Learn in a step-by-step manner the concept of wide area network and networking services by studying the course Wide Area Networks and Networking Services and Security. The course begins by introducing you to Dynamic Host Configuration Protocol, which is a client/server protocol that enables configured client computers to obtain IP addresses automatically. You will learn how IP addresses are leased to client computers and the role of DORA (Discovery, Offer, Request, Acknowledge) and APIPA (Automatic Private IP Addressing).

Next, you will be introduced to Remote Desktop Services and how it enables Virtual desktop infrastructure (VDI). You will learn how Routing and Remote Access Service (RRAS) supports remote user or site-to-site connectivity by using Virtual private network (VPN)and Dial-up connections. You will also learn about Internet Protocol Security (IPSec) which is a protocol within the TCP/IP suite that encrypts and authenticates IP packets.