English for Thai and Russian Speakers: Alphabets U to Z 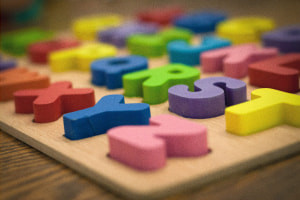 Learn to express yourself fearlessly in English and sound like a fluent speaker with this free online course.

Publisher: Teacher Vlad
The ability to call out a letter presented or choose a letter from a group of letters is called letter recognition. This skill allows readers to decipher words and develop and grow word recognition. This course will teach you a range of new English words, including the letters U through Z, using attractive images and clear audio sounds to assist you in mastering alphabet recognition and recall and becoming a successful reader.
Start Course Now

Phonemes correspond to alphabet sounds, but the relationship between the letter and the sound does not always exist when you say the word. A phoneme might have a specific pronunciation in one word and a slightly different pronunciation in another. You will improve your ability to hear, identify, and manipulate the sounds of each letter from U to Z during this course. Images of objects associated with letter shapes and sounds aid in the memory retention of letter names and pronunciation, improving your reading and speaking skills.

The following section explains the letter U, its names in the alphabet and four different sounds in words like cube, umbrella, full, fur. After that, you'll see, listen and repeat the letter V and words containing it, such as van, volcano, village. The subsequent letter presented to you will be W, along with its name and sounds encountered in terms like wall, flower and wrong. Additionally, you will study the sentence structure in the Present Continuous Tense and look at examples like ' He is working now.'. Then you will discover the letter X and how to pronounce it in x-ray, wax or xylophone.

The final section delves into the different sounds that the letter Y makes. You will listen to and write expressions containing words such as shy, pyramid, yacht, and early with different 'Y' sound. Finally, you will look at the pictures, hear the name and sounds of the last letter of the alphabet, Z, and recognize them in many words and phrases. This course combines phonics training, reading, and writing exercises for the final six alphabets, allowing you to quickly and accurately identify words and become a proficient English reader.

Learning Alphabets from U to Z

Free, Online English for Thai and Russian Speakers: Alphabets U to Z Course