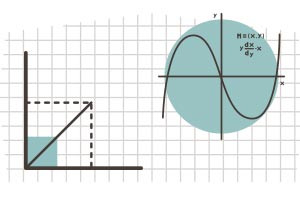 Publisher: ADU
This course has been specially prepared to take you through various tests for determining if an infinite series converges. In it, we define an infinite series and show how series are related to sequences. The course explores the different types of finite sequences and how to solve for each. So, register now if you want to prepare for the AP (Advanced Placement) exams or improve your calculus results.
Start Course Now

This course introduces you to the concept of finite and infinite sequences. In mathematics, a sequence is a progression of numbers with a clear starting point. Some are defined recursively while others stop at a certain number. In other words, they have a first and last term and all the terms follow a specific order. This type of sequence is called a finite sequence. This course describes others such as the arithmetic, geometric, binary, power, triangular and harmonic sequences. Infinite sequences are an endless progression of discrete objects, especially numbers. You will learn about the monotonic behaviour of sequences and what it means when a sequence is monotonically increasing or decreasing as well as when a bounded monotonic sequence converges. The Cartesian graph is a wonderful way to visualize a given sequence and the material explains in detail how to graphically represent sequences.