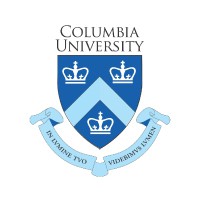 Columbia University is an Ivy League research university in New York City. Founded in 1754, Columbia is the fifth-oldest institution of higher education in the United States and is consistently ranked among the best universities in the world. Columbia University Library contains over 10 million editions and is the third largest private research library in America.

Columbia is the alma mater of countless noteworthy individuals, including five Founding Fathers of the United States. The university also counts among its graduates three US Presidents, 29 foreign heads of state and 96 Nobel laureates. Scientists associated with Columbia have been responsible for a number of key breakthroughs, including brain-computer interface, the laser, the nuclear reactor and, famously, the Manhattan Project during World War II.

An institution committed to progress and expanding horizons, Columbia has teamed with Alison to produce free online courses that make the university's world-beating learning material available to students around the world free of charge.