The Basics of Neurophysiology 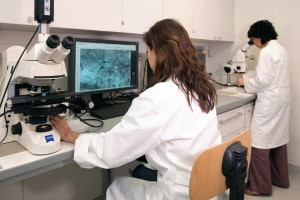 See inside your own head as we examine the brain and explain how it works in this free online neurophysiology course.

Publisher: NPTEL
This free online course peers inside your head to examine the human brain, the most complicated organ we know. Some scientists say that we know more about the universe than the brain and neurophysiology seeks to change that. We explain how the brain lets neurons exchange information and how researchers can record and interpret brain activity. This course links the laboratory to the world beyond it as we investigate the origins of thought.
Start Course Now

The human brain is very complex and there’s still a considerable amount that we don’t know about it. Over the last few decades, technological advancements have helped us to create tools that allow us to peek into the microanatomy of this fascinating biological system. ‘Neurophysiology’ is the scientific branch of neuroscience that studies the function of the human central nervous system. Its main goal is to understand how the brain’s dysfunction can lead to disease, physical impairment and mental disorders. Can you imagine a cure for Parkinson's disease or multiple sclerosis? While we may still be several years away from such goals, neurophysiologists are already treating Parkinson’s, Alzheimer’s, schizophrenia and other mental disorders with experimental treatments that can alleviate symptoms. This course introduces you to neurophysiology and the technical tools available to its researchers and health professionals.

We begin by analysing the complex design of a neuron cell. Understanding the structure and function of the central nervous system’s neuronal level is the basis for understanding scalp-recorded electroencephalograms (EEGs) and event-related potentials. Discover the role of a neuron’s axon and dendrites in communicating with other neurons and the cell membrane’s complex role in initiating action potentials. We then explain the difference between electrical and chemical synapses before breaking down the anatomical structure of the central nervous system and the cerebrum's four lobes. We unpack the role of the cerebellum and spinal cord and delve deeper into the brain by examining the thalamus, hippocampus, medulla oblongata and other hidden parts of the brain. There are four well-defined microcircuits in our brain and the course maps the layout and purpose of each to help you appreciate the brain’s multiple sensory-motor and cognitive functions.

This course also teaches you about the electroencephalogram (EEG) and how it is used to detect electrical brain activity by connecting microscopic electrodes to the scalp. We describe how these electrodes and other components used in neuro-instrumentation are manufactured, including the use of nanotechnology to produce smart catheters, sensors and diodes. We demonstrate the placing of EEG electrodes using the international ‘10-20’ system for EEG electrode placement. The course covers the different uses for EEGs and their role in detecting and recording brain waves. This course can benefit anyone studying neuroscience or who might be interested in brain function, particularly health professionals. This course is complex but rewarding as it takes you through the complexities of the brain to help you understand the engine that drives your thoughts and feelings.