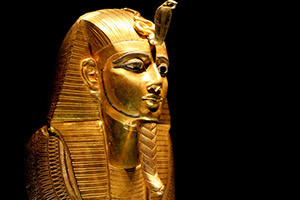 Learn about the government structure, beliefs, living style and language of ancient Egypt in this free online course.

The Egyptian civilisation was one of the earliest and most powerful civilisations of history that was unique in terms of longevity, consistency and geography. You will learn the fundamentals of Egyptology – the study of language, culture and history of ancient Egypt. The history of Egypt can be grouped into three main periods – the Old Kingdom, the Middle Kingdom and the New Kingdom spanning over three millennia. Learners will be taught about various dynasties and prominent rulers of ancient Egypt and their unique contributions to the Egyptian civilisation. The world hasn’t seen any culture in history that did not follow some kind of religion or belief system. Ancient Egyptians were polytheists worshipping around two thousand gods and goddesses. You will acquire knowledge of the major Egyptian deities, their role in every aspect of Egyptian life and the specific powers attributed to them. The Egyptian civilisation was rich in art that played a key role in Egyptian social and religious contexts. You will learn about the function of art in ancient Egyptian culture and get a proper understanding of different forms of Egyptian art.

The ancient Egyptians were capable of building magnificent and huge building structures not seen anywhere else at that time. In light of this, this course will show you Egyptian architecture and various building structures including the pyramids of Giza, famous temples and houses for the elite and poor classes. Do you want to know how pharaohs ruled over ancient Egypt and maintained their control over the people and resources? You will learn about the ancient Egyptian government and administration, law and order, taxation and the role of pharaohs in society. Learners will be taught about the living style of ancient Egyptians including family, marriage, education, fashion and entertainment. The ancient Egyptian language evolved in all aspects over millennia and was written using symbols and different scripts. You will learn about the origin of the language and how it changed over different periods of time. Having learned that, learners will gain knowledge of the use of hieroglyphs to write the Egyptian language, use of proper scripts for writing, number system and the emergence of writing fractions in ancient Egyptian.

This course is designed for the students of Egyptology and the learners interested in the fields of history, civilisation, culture, language or art of ancient Egypt. This basic-level course requires no pre-requisite knowledge and anyone can take the course. Human history is an intriguing subject for everyone as it provides an insight into how humans have reached their present state and how old cultures influenced the later cultures, beliefs and lifestyles. You'll get to see the salient characteristics and ingredients of the ancient Egyptian civilisation to give you an idea of how this powerful and rich in art civilisation was able to overcome difficulties and turmoil to last for such a long period of time. Also, your learning will be enhanced with pictorial representation of Egyptian art, architecture and language. Don’t miss out on the opportunity to get valuable and useful knowledge of the Egyptian civilisation. Join the course now!