Ecology: The Environmental Crisis and Religion 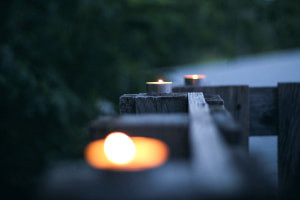 Study how religion has played a role in humankind’s understanding of and interactions with Nature in this online course.

Publisher: NPTEL
Learn how human societies have used religious beliefs to interact with their natural environment in this course that looks at ecology, the environmental crisis and religion. While some theorists believe that religious ideologies are semi-responsible for the current global ecological crisis and the divide between Nature and culture, others believe that a spiritual heritage can help societies change the way they interact with the natural world.
Start Course Now

This course will discuss how early human societies did not have a notion of ‘wildness’ the way modern society does; how religion emerged from the human need to understand our natural surroundings; how the ‘Christian’ view of the world prevailed over ‘paganism’; how Asian religions portray Nature; and how spirituality can be a determining factor in confronting the current global ecological crisis. You will start by learning about ethnoecology, or the study of how different groups of people living in different locations understand the ecosystems around them and their relationships with surrounding environments. Concepts like ‘magic’ and ‘omens’ have long been seen by western science as irrational, even though there have been significant studies of their practical uses in indigenous societies. Cartesian dualism and western ontological presuppositions may have dominated anthropological analysis but in recent years, there has been an increasing interest in understanding traditional indigenous knowledge, since ‘indigenous’ is seen to be ‘closer to Nature’. You will also learn how totemic and animist religions influence those who practice them by inculcating in followers not only respect - but reverence - towards Nature.

Next, you will learn about religion from anthropologist Roy Rappaport and sociologist Emile Durkheim. One of the theories proposed by Rappaport is that religion is central to the continuing evolution of life and that one possible answer to the world’s crisis would be a religion founded on postmodern science grounded in ecology, rather than astronomy. He argues that religion can and must be reconciled with science. Durkheim, on the other hand, argues that religion is just an organized attempt to bridge the known and the unknown. You will then analyze the importance of rituals in establishing solidarity within societies and the role they have played in maintaining the conditions of the environment within which human groups can survive. For example, this course discusses Rappaport’s studies of the Tsembaga community and their rituals in New Guinea. After that, you will learn about the relationship that religious beliefs have had with Nature over the centuries. Historian Lynn White argues that Christianity, and its belief that God commanded man to master the Earth, are partly to blame for the western attitude of man’s dominion over Nature.

Finally, you will see how, in the ancient past, Hindus and Buddhists were careful to observe moral teachings regarding the treatment of the natural world. For these Asian regions, the abuse and exploitation of Nature for immediate gain is unjust, immoral and unethical. For example, Buddhists see humanity as an integral part of Nature and when it is defiled, people ultimately suffer. The Buddha even commanded his disciples by setting down rules forbidding the contamination of water sources. In Hinduism, Lord Krishna or God, and Prakriti or Nature, are one and the same. The Hindu belief in the cycle of birth and rebirth (or reincarnation), where a person may come back as an animal or bird, gives these species not only respect but also reverence. In fact, the teachings of Mahatma Gandhi started a modern environmentalist movement. In addition to this, a message from Pope John Paul II from his booklet entitled, ‘The Ecological Crisis: A Common Responsibility’ will be discussed. In his message, he explains how a deviation from the Creator provokes a disorder, which has inevitable repercussions on the rest of the created order. He explains how the ecological crisis is a moral issue, and how there is an urgent moral need for new solidarity between developing nations and those that are already highly industrialized.

• Define Cartesian anxiety
• Describe the ideas of Orientalism, paternalism, and communalism
• Discuss the emergence of religion in human evolution
• Recall the role of Christianity in the ecological crisis
• Indicate conservation ethics in Buddhism
• Explain the views of Hinduism in nature conservation