In this free online course, learn the structures and implications of the various plots of popular Gothic Novels.

Literature
Free Course
This free online course discusses the defining traits of the popular English fiction Gothic Novels written in the eighteenth and nineteenth centuries. The course traces the structures and implications of the various plots of the popular Gothic novel that caught the imagination of the reading public in eighteenth and nineteenth-century Britain. The course introduces you to a wide range of novelists who were practitioners of the Gothic Genre.
Start Course Now 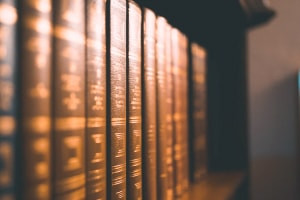 This free online course introduces you to the defining traits of the popular English fiction Gothic Novels written in the eighteenth and nineteenth century. Firstly, the course provides an overview of the Gothic Motifs and its identities, empire and contemporary anxieties. This is arranged systematically and presented clearly so you will easily be able to understand the given concepts. The course emphasizes Gothic Sublime, Female Gothic and Aristocratic Villainy.

Next, various themes such as mocking the Popular Gothic, and Gothic Transgressions will be explained. Gothic Displacement concerning Realism, Fantasy, Violence, and Cruelty are discussed. The course then goes on to explain the plot of Jane Eyre along with the Imperial Gothic, Gothic Subtexts, Gothic Symbolism and Rebellion. The Christmas Ghost Story, with respect to Spectrality, Commodity, Gothic Structure and The Consciousness is also covered. These topics come under the Grotesque Gothic banner of Spectral City, Allegory, and Morality.

Finally, the course emphasizes Gothic Sexuality, Tradition, Metaphors, Transformations and Symbolisms. The Urban Gothic, New Woman and Gothic Monsters are also discussed in detail. Upon completion of this course, you will be able to understand the structures and implications of the various plots of the popular Gothic Novel that caught the imagination of the reading public in Britain during the eighteenth and nineteenth-century. This Diploma in Popular Gothic Novels is an informative course which will interest students of English Literature, Researchers in Gothic Studies or those who have an interest in these topics. Ehy wait? Sign up for this course and start learning today!

Introduction to the Gothic: Gothic Motifs