Diploma in AP Calculus BC 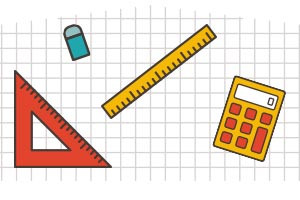 Publisher: ADU
This is an AP (advanced placement) diploma course that explores methods of integration and other concepts in calculus, especially various theorems. It analyzes implicit differentiation, definite integrals and sigma notation. It also describes various types of finite sequences, divergence tests and series. Create your account and register for free to improve your calculus results.
Start Course Now

This course has been specially put together to take you through various concepts and applications of different theorems in calculus. The great mathematical geniuses of 17th century Europe used the techniques of calculus to solve ancient problems of calculating complex areas. This course specifies the process for testing the second derivative to determine if a critical value represents a maximum or a minimum point. It also explains the step-by-step procedures for finding limits through tables and graphs. You will learn about the limit theorems used to calculate the sum, difference, product and quotient of functions as well as for powers and roots. Often, the most difficult part of solving an optimization problem in calculus is the translation from a written description of the problem to a mathematical one. This is the same for the process of solving integration problems.

The study of limits and its closely related concept of continuity are an essential part of calculus. Calculating limits can be demanding if the functions do not conform to customary patterns. This course takes you through calculating both straightforward and more challenging limit problems. It covers a variety of methods that can be used to differentiate both explicit and implicit functions. Exponential and logarithmic functions occur frequently in mathematical models for economics, social science, as well as in natural sciences. For example, exponential functions play an important role in modelling population growth and the decay of radioactive materials. It is essential for all fields that use mathematical models. You will learn about the derivatives of exponential and logarithmic functions. The material explores some of the more frequently used trigonometric integrals as well as the trigonometric substitutions useful in integrating certain binomials. Is it possible to use a Riemann sum to estimate the area between a given curve and the horizontal axis over a particular interval? Yes, it is! In the sections that follow, we cover in detail the Riemann sum, trapezoids approximation method, sigma notations and its formulas.

Furthermore, in the last century, many algorithms were developed by numerical analysts to solve higher-order differential (and partial differential) equations. We will look at some of the theories behind and applications of first-order differential equations. This course covers in detail methods for determining whether or not an infinite series converges. It explains the divergence theorem and explains the divergence test, comparison test, the p – test as well as ratio test. It describes arithmetic, geometric, binary and power sequences as well as the triangular and harmonic sequences. Infinite sequences are an endless progression of discrete objects, especially numbers. Sometimes, we come across a function that requires more than one formula in order to obtain the given output. An example of this is the piecewise-defined functions. It provides an opportunity to explore the relationship between one-sided and two-sided limits of a function. The application of calculus spans so many careers and this course is for everyone with an interest in the working knowledge of calculus or who wants to take the AP calculus exams. So register now, and start improving your math today.

Limits and Application of Limits

Derivatives and Methods of Differentiation

Graph of Functions and Derivatives

Extrema and Application of Derivatives

Upon the successful completion of this module, you will be able to