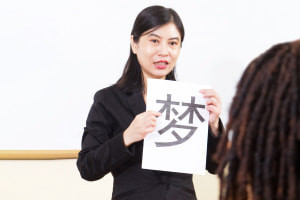 Master Chinese pronunciation, eliminate your accent, and sound like a Chinese native with this free online course.

Publisher: Impression Chinese
This free online Chinese Language | Pronunciation and Tones course will teach you how to master the different tones in Mandarin Chinese and help you communicate like an authentic native speaker. Did you know that the tone you use when pronouncing a word can change its meaning? Learning how to pronounce words correctly is the key component of mastering Mandarin Chinese. You will learn how to master the Chinese pronunciation system known as Pinyin.
Start Course Now

The course will further teach you the Pinyin finals which consists of three parts; initials, finals, and tone. You will also learn the twenty-four finals in Chinese. You will learn the simple, compound and nasal finals. You will master these finals through constant practice and given examples both in Mandarin and their English equivalent. You will learn how to construct the compound finals by two or more simple vowels. Then you will proceed to learn about the sixteen Pinyin whole syllables. You will also learn how to read the whole syllables with the four tones in Mandarin Chinese. Then you will learn the principles guiding the Pinyin system.

Learning a second language improves the mind and widens your scope of opportunities. This course will be of great interest to anybody wanting to travel to China either for tourism or for business purposes. Being able to speak the Mandarin language will make you feel like an authentic native speaker and you will be able to freely converse without hindrance or being misunderstood. By taking this course you will be able to master the Pinyin system, learn a new language, break the language barrier, communicate effectively and have a feel of the Chinese culture. Enrol in this course today and join over one billion people around the globe to speak one of the largest native language.