Arduino and Programming in Internet of Things 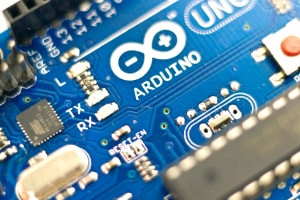 Learn the fundamentals of Arduino programming in IOT, Raspberry Pi and Python from this free online course.

Publisher: NPTEL
This Arduino and Programming in IOT free online course will be of great interest to students and individuals who have the requisite knowledge of networking and computer programming. You will be introduced to the basics of Arduino programming and you will learn to effectively use the programming language, Python. You will also be introduced to Raspberry Pi and its importance in the development of Internet of Things.
Start Course Now

This course begins by explaining the Python programming language and its usefulness in embedded systems application development. You will learn about Python IDE, the data types in Python and basic control statements. You will also learn about interesting applications that can be generated using this programming language. You will be able to explain a few basic operations such as file, read/write operations, normal text files as well as csv files.

This Arduino and programming in Internet of Things IOT free course then explains the various functions of Raspberry Pi as well as its importance in the development of the IOT. You will be learning about its specifications and effectiveness in comparison with using Arduino. By the end of this course you will be familiar with remote data logging in IoT and the Raspberry Pi interface.

Upon successful completion of this course you will be able to;

Free, Online Arduino and Programming in Internet of Things Course