An Introductory Course on Alcoholic Spirits 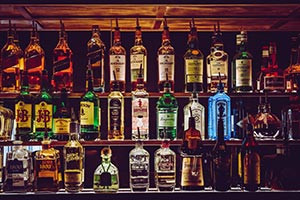 Cocktails, production techniques, aging processes and more are covered in this fascinating course on alcoholic spirits.

Publisher: RS Hospitality Academy
This free online course in spirits and distillation outlines the definition of ‘spirits’, their unique manufacturing process, the raw materials required to produce various types, and their aging processes. You will study the industry-specific terms used in the hospitality arena, specialist bartending gear and liquor-related equipment. The course also explains various blends of classic and other cocktails.
Start Course Now

This introductory course looks at the different classifications of alcoholic beverages and their production processes. Liquor or spirit (also called distilled alcohol) is an alcoholic drink produced by the distillation of various raw materials. These first undergo a process of alcoholic fermentation by the addition of biological catalytic agents. The distillation procedure concentrates the liquid to improve its alcohol content. As liquors contain significantly more alcohol (ethanol) than other alcoholic drinks, they are considered ‘harder’. The term ‘hard liquor’ is used to distinguish distilled alcoholic drinks from non-distilled ones. Examples of liquors or spirits include gin, absinthe, whisky and many more. The course will conclude by exploring the different equipment and utensils used in bartending.

The earliest known evidence of alcohol production comes from Akkadian tablets (now central Iraq) that are dated at approximately 1 200BC. They provide textual evidence that an early form of alcohol refinement was known to the Babylonians of ancient Mesopotamia. Like other alcoholic drinks, liquor is typically consumed for the psychoactive (mind-affecting) effects to the person who consumes it. The word ‘spirits’ generally refers to distilled beverages low in sugars and containing at least 35% alcohol by volume. You may consume liquor on its own, typically in small amounts. In an undiluted form, distilled beverages are often slightly sweet, somewhat bitter and naturally impart a burning mouthfeel, with a strong odour from the alcohol itself. Liquor is also typically enjoyed in diluted form or as a mixed drink, with cocktails being a common beverage that use liquor.

Ordinarily, cocktails are a mixture of one or more spirits mixed with other ingredients such as flavoured syrup, fruit juice or even cream. Cocktails vary widely across regions of the world and may be as unique as the bartenders who make them. Whether you’re a pro behind the bar or just exploring becoming a bartender, to be accomplished you must never stop learning and always jump at the chance to up your game. Delivering exceptional customer service at small or large functions ensures that you spark more significant sales. Using state-of-the-art bartending equipment also ensures that you deliver the best client service to all your guests.