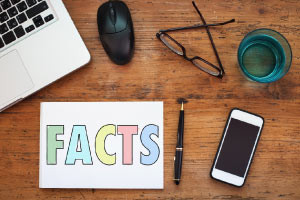 Where do our ideas about information come from? This course simplifies complex concepts in modern information theory.

Publisher: Khan Academy
This free online course in information theory guides you through forms of information, from ancient cave art and the origins of different alphabets right up to the present day. You will learn how the quantity of information being generated and circulated every day has been increasing exponentially with the advent of electrical and digital communication systems. Enroll for free today to improve your information literacy.
Start Course Now

Language allows you to break down a thought or a mental object into a series of conceptual chunks. This series of conceptual chunks can be externalized by a series of signals or symbols. This fascinating course begins by discussing the origins of written language and the alphabet. You will study pictograms and learn their importance in the evolution of writing. The material also covers ideograms and the hieroglyphic writing system that was used in ancient Egypt.

Next, you will study the Phoenician writing system, which was based on the principle of one sign representing one consonant, and was the source of the Greek and Roman alphabets. The course then discusses Morse code, which uses dots and dashes to transmit information over long distances. You will also study symbol rate and channel capacity, Voltaic pile technology and Markov chains. Finally, you will learn how information is measured.

Having completed this course the learner will be able to: