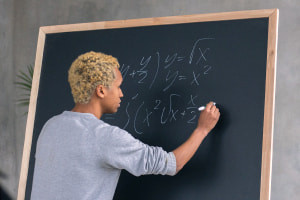 Publisher: ADU
This free online course is a comprehensive guide on the operations of sets and their classification. You will learn about the definition of terms in algebra and how to solve algebraic equations using formulas. Subscription and registration are free, and this course will help you improve your math results with examples and online tests.
Start Course Now

This course introduces you to the definition of sets along with the two ways they are represented in mathematics. You will also be introduced to the common vocabulary and definition of terms that will be used in the material. Furthermore, it explains the classification and operations between sets. You will learn about the functionality of Venn diagrams and how they are applied to sets. Study a set of numbers as a collection of elements while exploring the functions and the difference between rational and irrational numbers. The course explains the two types of operations along with the delineation of the basic arithmetic operations that includes addition, multiplication, subtraction, and division. Learn about the definition as well as the properties of real numbers, and how to write sets of numbers using interval notation instead of inequality statements.

Have you ever struggled with the relationship between number lines and graphing in mathematics? This course succinctly explains how to graph a set of numbers on a number line. It will also take into consideration the origin of the number, which is the point on the number line associated with the number 0. Then learn about the functions of positive and negative integers in algebra. With the aid of illustrations, this course teaches you about the multiplication, addition, subtraction, and division of integers. See how fractions are expressed as the quotient of two quantities while looking at the concept of absolute value. This course explains how decimals are derived from fractions and the different operations that can be performed with fractions. It further sheds light on the different methods of approximating square roots in algebra then explores the simplification process of radicals through the knowledge of perfect squares, perfect cubes, and other popular roots in mathematics.

Next, you will be exposed to the concept of variables and the composition of algebraic expressions. With concrete mathematical problems, you will learn how algebraic expressions are simplified and how to write equations along with formulas. This course shows you how to solve algebraic equations using addition, subtraction, multiplication, and division. You will also practice how to graph a solution set on a number line and the application of solving equations. Learn how to solve an equation for a specific variable with a formula. At the end, you will be able to solve problems using ratios. This course is targeted at high school students who want to improve their algebra results as well as anyone interested in sharpening their mathematical knowledge.