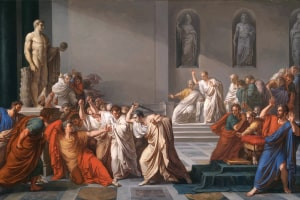 In this free online course, learn how western political thought leads to the legacy of fundamental rights.

Publisher: NPTEL
This free online course introduces you to western political thought, along with major political themes such as sovereignty, citizenship, constitution, and democracy. Does retrieving the truth about political thinkers and their texts from the past intrigue you? This course will teach you about the pioneers of political thought, the classics, along with the various approaches and methods used, including textual, contextual and interpretative.
Start Course Now

Is the study of political thought relevant today? As you work through the course, you will find many reasons highlighting the necessity to study political thought. You will delve into the various philosophical theories in texts known as ‘the classics’. According to some scholars, classics are those representative texts which embody the most superior knowledge of ancient times. For other scholars, a text is classic if it goes against the grain of prevailing thought and predicts or foresees the future. In the field of political thought, particularly, a text becomes classic when it deals with the questions that are relevant to human existence, such as the questions of just rule or ideal government. You will learn about the questions raised by Plato’s Republic and that Aristotle’s politics are deemed genuine classics.

There are three methods to study classic texts, ranging from the textual method to the interpretative method, via the contextual method. By opting for the textual method, you give autonomy to the text, focusing exclusively on the text. That method regards the text as the sole basis for construing its meaning and understanding. For instance, if you were to read and understand Plato’s political thought, you should read and reread his understanding of a Republic. However, the textual methods have some limits. The contextual method of studying the history of political thought or a classical text should be taken as a continuity of historical methods and approaches. Nonetheless, both textual and contextual approach is not free from interpretations, leading to the interpretative method. When striving for the true meaning of a text written in the past, it is humanly not possible for us to do away with our presuppositions or assumptions. This course will be of great interest to anybody, and particularly to people versed in politics. Students specialising in political science will find the course particularly interesting. Start this course today and improve your knowledge of western political thought.