Take a closer look at how modern media has evolved and how it influences society and culture, with this free course.

Media and Journalism
Free Course
This Diploma in Media Studies will introduce you to the main theories of modern media and the evolution of both media and culture over time. In a clear and simple manner, the course will guide you through the development of modern media convergence, the trends and issues which affect important types of media, and the history and cultural impact of books, newspapers, magazines, radio, movies, TV, and the Internet.
Start Course Now 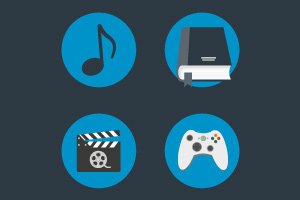 This course will first discuss the evolution of media and its impact on culture. You will learn about media theories and controversies that revolve around this field of study. You will then look into the main factors which influence books, newspapers, and magazines, and learn how these types of media impact modern cultures. You will also study the impact modern media - such as the Internet, electronic games and entertainment, and social media - has had on society.

You will then study the history of music, the different factors which have influenced music, and music's impact upon culture. You will also look into the challenges which face today's music industry. The course will also discuss the history of radio broadcasting, movies, and television including the influence modern technology has had on these types of media. You will then look at their impact on society and culture, and the different factors which affect them in turn.

The evolution of the Internet and globalization has made a big impact on culture and communication, just as magazines, radio, movies, and newspapers did in previous eras. By taking this free Diploma in Media Studies, you will gain a much better understanding of the historical origins and controversial issues that surrounds media. This is both interesting and important knowledge for any citizen in the modern world. Start your next learning journey, today.

Module 1: Introduction to Media and Culture

Module 12: The Internet and Social Media

This Course has been revised!

For a more enjoyable learning experience, we recommend that you study the mobile-friendly republished version of this course.

Take me to revised course.