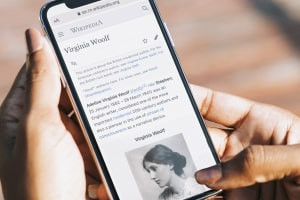 Learn about the features, themes, motifs and key texts by Virginia Woolf and what they represent.

Publisher: NPTEL
This free online course will teach you about the lack of empathy in post-war London. You will be shown the deconstruction of the term ‘shell shock’ which was rampantly used in the first world war. You will be taught the politics of production in modernity and post commodification objects which have run their course in terms of the commodity value.
Start Course Now

In this course, the author Virginia Woolf and her work Mrs Dalloway and Solid Objects will be discussed. The author's themes, placement in time and the lens through which she wrote will be taught and examined. You will learn about the production of post-commodification which is caused by war. You will be shown the degree of collusion between medical masculinity and military masculinity in terms of politics. You will be taught the process of being out of sync with the system. This will include the concept of being spatially incompatible, culturally incompatible and existentially incompatible.