Understanding PASTRY and Tapestry in Networking 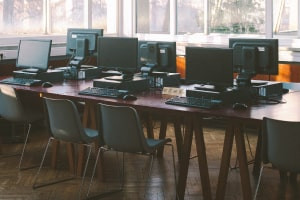 Master the fundamentals of PASTRY and Tapestry routing protocols with this free online computer networking course.

Publisher: NPTEL
This free online computer networking course covers the principles fundamental to using Pastry and the Tapestry network protocols. We explain how these protocols make efficient use of internet infrastructure and allow for the fast routing of data in a network. We go on to demonstrate the creation of numerous routing services using the application of multiple layers. This course suits those working in information technology who want more speed.
Start Course Now

This course on understanding how Tapestry and Pastry protocols function in a network is designed to explain the complex processes of data exchange in peer-to-peer networks. The course discusses how these protocols evolved from the use of the chord protocol, which utilizes proximity matrices and root node identification in a circular fashion. Due to constant design improvements and the use of superior computer-processing power, node communication has become faster and more efficient. We examine terminologies like distributed hash tables (DHT), Kademlia, routing algorithm, Leaf ‘sets’, Bootstrap and Neighbour tables. We show you how these network elements send and receive data to support the functions of a distributed network. The use of the binary, octal and hexadecimal number system in simple mathematical computations makes the illustration of node topology, hopping distance and data exchange easier to understand.

Routing tables play a significant role in the communication between network nodes. A node entering a network will obtain the required information about other nodes in the neighbouring tables through the bootstrap node. We unpack how this node utilizes the newly acquired data to populate and update its own table and also to discover the adjacent nodes. After several iterations, the node will arrive at a steady state and will only be refreshed when a node enters or leaves the network. The tables are also refreshed when a network’s refresh timer expires or a keep-alive signal is published by a node. The course studies ideas such as proximity matrix, Round-trip time (RTT), successor, predecessor, torus and the Euclidean distance. We conclude by explaining the advantages of using a multi-layer approach produced by extending the routing theory to k-dimensions. The design theory also allows for an increased number of network services.

In computer networking, a routing table is a data table stored in a network host that lists the different routes to a particular network destination. It includes the metrics (or distances) that are associated with those routes. The routing table contains data about the layout of the closest network. The construction of routing tables is the primary goal of routing algorithms or protocols. Static routes are entries made in a routing table by human intervention and are fixed rather than the result of routing algorithms and associated network topology-discovery procedures. A routing table is equivalent to a distribution map in the delivery of a package. Whenever a network element needs to send data to another element on a network, it must first know where to send it. If the node cannot directly connect to the destination node, it has to send it via other network elements along a path to the destination node. Each node needs to keep track of ways to deliver various parcels of information by using its routing table. Nodes can also distribute parts of the contents of their routing table with other elements. Computer networking is a crucial technology in the Information Age and this course provides the intricate knowledge of how nodes discover each other. Sign up to widen your computer science credentials and networking skills to boost your career.