Learn about feminist writings analyzing the changes in male-female relationships and critiques of traditional feminism.

Literature
Free Course
This free online twentieth century feminist writing course will teach you about the changes in male-female relationships that have resulted from World War I. You will also learn the socialist-feminist analysis on the advanced technological conditions of postmodern life in the first world and women’s place in it. Following this, you will be taught the psychological depth of the sexual war that raged between men and women.
Start Course Now 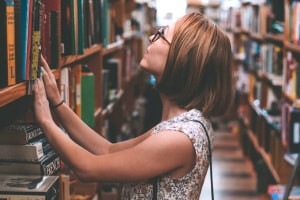 In this twentieth century feminist writing course, you will learn about the critique and traditional notions of feminism. You will be shown reasons why feminists should move beyond the limitations of traditional gender, feminism, and politics.

Also, you will be introduced to the literary symbolism present in the story "Tickets, Please!". You will be taught the social revolution of women doing jobs previously done by men. Following this, you will be shown the sexual and spiritual war that is being waged just beneath the surface of civilized life. You will also learn about why women can be referred to as 'Powerful Sexual Animals', the aggressors and how their new animal, sexual power makes them feel filled with supernatural strength.

You will be shown the deconstruction of the essay 'Cyborg Manifesto'. Also, You will learn about the production principles the cyborg exhibits and the setting that produces the cyborg. The three paradigm shifts and three attributes in Western stories of the origin of civilization will be covered in this course. Finally, you will be shown the literary meaning of miniaturization and the informatics of domination. This course is important for learners who want to have an understanding of the social and cultural constructs of gender in society.