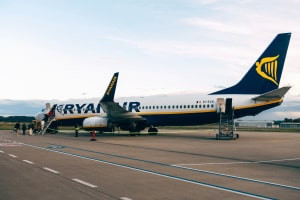 Learn how to identify and solve the common problems encountered by aerospace engineers in this free online course.

Publisher: NPTEL
This free online course on Transport Aircraft Design: Problems and Solutions will enlighten your understanding of the technical skills of aerospace and aeronautical engineers. You will discover how these professionals solve the various aerodynamics difficulties and problems by developing innovative designs and concepts that ensure the topmost safety of an aircraft and the passengers on-board.
Start Course Now

In this free online course, you will learn the essential skills for analyzing the trade-off between the range and the payload of an aircraft. The technical breakdown of the aircraft weight will begin with the determination of the maximum ramp weight (MRW) based on the manufacturer’s perspective. The maximum takeoff weight (MTOW), maximum landing weight (MLW) and maximum zero fuel weight will then be estimated for approval within the authorized limits. The standard and operator items such as engine oil, toilet fluids, seats, foods and beverages that make up the aircraft components and consignments will also be used to provide the parameter values required by the flight operators. You will examine the three types of range payload and study the factors that affect the payload diagram, which are flight altitude, speed and powerplant. The invaluable application of the payload range curve during meteorological conditions will also be highlighted. The lessons will include a tutorial on the payload diagram where you will see how to use its area to calculate the various range payload parameters. You will also learn about the major challenges posed to the world’s ecosystem by aircraft use and operations. The deleterious effects of the environmental challenges posed by aircraft as well as the possible solutions in terms of engineering design, concepts and models will be advocated.

Next, you will discover the application of the v-n diagram for symmetrical manoeuvres in the z-plane (z-axis). The application will involve the considerations of the effects of symmetrical manoeuvres on the structural configuration of an aircraft. You will also learn about load factors and the properties that determine the upper limits of the load factor including the structural strength of the aircraft, the highest permissible load factor and the maximum lift coefficient. You will see how the maximum payload limit is used to estimate the flight-zone and no-flight-zone of an aircraft. The positive effects of gusts on the vertical load of the aircraft will also be examined. Moreover, you will consider the four categories of loads that act on an aircraft, how to estimate the aircraft load during landing and takeoff, and determine the limit, ultimate loads and gust loads of an aircraft by using parameter values for the engineering model calculations. You will be shown the key mission requirements of High Altitude Long Endurance (HALE) aircraft and the application of aviation vehicles for aerial surveillance and satellite communications.
The advantage of HALE Unmanned Aviation Vehicles (HALE UAVs) over conventional aircraft will also be highlighted.

Finally, you will consider distinct concepts like Morphing, and the application of such models for improvements in performance efficiency, competency and the structural adaptability of an aircraft. The piezoelectric devices for memory alloys, inflatable wings for UAVs and rigidization are other concepts that will be explained in the lesson. An expository guest lecture will address the airpower and special feature configurations of a multirole fighter aircraft. Also, directed energy devices, mission threat analysis and aircraft weapon systems will be further elucidated. A good design means developing a concept that resolves the various challenges encountered during product creation while championing the solution to obtain a win-win situation. Therefore, it is of utmost importance that aircraft designers possess the necessary skills to fabricate products that meet acceptable standards. The aircraft designer must ensure the safety of passengers and personnel for civil operations and mission success during military engagements. If you are a student and are interested in the field of aeronautics, aeronautical engineering or aerospace engineering and you're considering a career path in any of these fields, then this straight-to-the-point course is just right for you. So why wait? Start this course today!