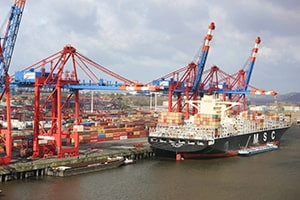 In this free online course, learn the theories involved in the Theoretical Foundations of International Trade.

Publisher: NPTEL
In this free online course, learn about the models and concepts involved in the Theoretical Foundations of International Trade. Study the definition of international trade and the multiplier effect. Factor mobility, which refers to the free movement of the factors of production such as labour and capital, across national borders, will be discussed. Boost your International Trade skills by studying this comprehensive course.
Start Course Now

In this free online course, you are introduced to the world of international trade and its theories. You will explore the fact that globalization is described as the process by which regional economies, societies and cultures have become integrated through a global network of communication, transportation and trade. In addition to this, the fact that the laissez-faire approach to exports and imports allows the market forces to determine trading relations as some countries believe that government programs lead to inefficiency will also be discussed. You will discover that privatization is defined as a transfer of ownership and management of an enterprise from the public sector to the private sector. You will be introduced to the concept of mercantilism which is a trade theory holding that a country’s wealth is measured by its holding of treasure which usually means its gold. Free trade refers to a state of affairs where the government does not attempt to determine what its citizens can obtain from another country, or what they can produce and sell to another country.

The course begins by introducing you to the classifications of barriers to internationalization and the advantages of globalization. Then, the law of comparative advantage will be discussed, which refers to the ability of a country to produce a particular good or service at a lower opportunity cost than another party. You will explore the fact that a country that practices neomercantilism attempts to run an export surplus to achieve a social or political objective. You will recognise that Adam Smith argued that a country has an absolute advantage in the production of a product when it is more efficient than another country in producing that product. According to Ricardo’s Theory of Comparative Advantage, it makes sense for a country to concentrate on the production of those products that it produces most effectively and import the goods that it produces less efficiently. This is done even if this means buying goods from other countries that it could have produced more efficiently itself. You will discover that the theory of comparative advantage suggests that trade is a positive-sum game in which all countries that participate in it realize economic gains.

Next, you will learn that the international product life cycle theory of trade states that the location of the production site for certain kinds of products shifts as they go through their life cycles, which consists of four stages. You will gain insight into the fact that the Heckscher-Ohlin Theory predicts that countries will export goods that make intensive use of those factors that are locally abundant, and import products that are in short supply. You will then understand that the foreign trade multiplier is based on the assumption that exports and investments are independent of changes in the national income level. However, in reality, this is not the case. A rise in export does not always lead to an increase in national income. You will be taught that a commercial policy is an umbrella term that describes the regulations and policies that dictate how companies and individuals in one country conduct commerce with companies and individuals in another country. You will notice that an export subsidy is a government policy that is used to encourage the export of goods and discourage the sale of goods on the domestic market through direct payments, low-cost loans, tax relief for exporters and government-financed international advertising. Finally, you will study the mercantilism trade theory, tariffs, factor mobility, and the multiplier effect. This course will be of interest to business students, or those professionals in international trade. Why wait? Start this course today and become an expert in international trade.