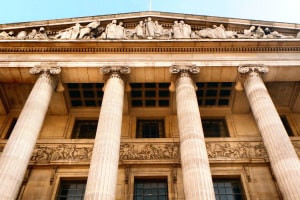 Publisher: NPTEL
This free online course explores the work of political philosophers to explain contemporary political questions. We examine Niccolò Machiavelli’s advice to rulers about violence and religion expressed in ‘The Prince’. We then move on to Thomas Hobbes and his ideas about the sovereign, the ‘state of nature’ and the indivisibility of royal power. The course then investigates some of their critics to place historical debates in today’s context.
Start Course Now

Leadership can be an arduous task because of the frailty of human beings. What is expected from national leaders? This course examines attempts made by famous philosophers to answer such questions and focuses on Machiavelli and Hobbes. We consider the nature of humanity to provide you with the tools required to understand leadership and even apply such principles to daily life. According to Machiavelli, public policy aims to preserve and secure the state while safeguarding its citizens but different thinkers suggest contrasting means of doing so and this course studies each.

In ‘The Prince’, Machiavelli provides advice to leaders that might allow them to safeguard their rule and ensure the welfare of those beneath them. Machiavelli begins with the premise that ‘people behave like wolves’ and are fundamentally wicked. Their rulers should thus combine the virtues of the lion and fox: ruthless strength and cunning deception. Constant wickedness leads inevitably to violence and Machiavelli’s famous pragmatism guides his views on the use of force, a debate that remains relevant today.

The course then moves on to study Hobbes, for whom the sovereign requires absolute power to secure the peace and order necessary to maintain the welfare of the citizenry. The basis of his argument is what he calls the ‘state of nature’, which for him was one of perpetual war and the constant Machiavellian struggle for dominance. As a bundle of desire and aversion, Hobbes’ human is permanently at war with others for power, vanity, wealth, glory or fear. The sovereign must thus resort to violence to enforce the laws, albeit minimally. This course covers Hobbes’ and Machiavelli’s thoughts on political rule and suits anyone in a leadership position. It can help those who want to understand how the foundations of today’s political order were laid by the thinkers of the past.