The Acting Series with Emma Paunil 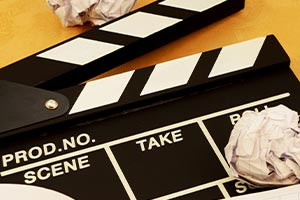 Learn about working with scripts, writing a professional acting resume and audition in this free online Alison course.

Publisher: Emma Paunil
This free online course offers you the basics of the acting industry. You will learn script analysis, acting techniques, and some script memorization tricks. You will also study some types of auditioning that you may encounter, self-taping, and online submissions. Acting resumes, headshots, acting reels and a whole lot will be discussed in the course. This course is filled with tons of information that will help you throughout your acting career.
Start Course Now

This course is a compilation of three acting courses by Emma Paunil. These include the script work series, audition and submitting, and the acting industry basics. The goal of this lesson is to help you know all that you need to start a career in the acting industry and grow to be a seasoned actor. You will begin with an introduction to script analysis. You will learn how to analyze an acting script and what an actor’s job is all about. Constantin Stanislavski’s “the method” or the seven-step system and why he is the most influential person in the acting industry will be examined. Then you will study seven acting techniques to help you gain a better understanding of which acting technique to adopt. Their origins as well as the personalities behind those techniques will be considered. Thereafter, you will be taught the importance of clearing your mind before working through a script. The muscle and conscious memory for script works will be highlighted. A guide on how to meditate before starting a script will also be provided. Three simple exercises on Stanislavski, Meisner, and Strasberg techniques to help you practice and have a 'feeling' will be illustrated. Also, the “Paunil technique” using Goleman’s emotional intelligence model will be covered.

Next, before becoming a professional and famous actor you will have to make it through the stress of auditioning for roles. In this section, you will learn the basics of auditioning, the types of auditioning that you may end up running into during your acting career and how to prepare for them. You will be taught the dreaded cold-read, ways of memorizing the first and last lines of a script, as well as how to actively listen during auditioning. You will also study auditioning by monologues and see reasons why monologues are good to use for auditions. A helpful activity to break down and work on your own monologue will be shown. Then, auditioning with sides prepared will be covered. The differences and similarities between the cold-read audition type and the auditioning with sides prepared will be highlighted. An example of an audition with sides prepared from the instructor’s own casting call will be illustrated. Moreover, you will be shown how to prepare for a successful improvisation audition. The do’s and don‘ts of improvisation auditions will be emphasized. An exercise to practice your own improvisation audition will be provided as well. Also, some useful tips and information that can help you with your self-tape and online submissions will be critically analyzed.

Furthermore, you will be introduced to some of the basics in the acting industry and all the things you need to know to get started in the acting industry. You will learn how to write a professional acting resume. You will also be provided with a template and trained on how to start your own professional acting resume. Then, you will be taught the types of headshots that can be used for acting. Tips for doing your own headshots or finding a creative photographer to do them for free will be given. Thereafter, you will study the role of an acting agency and how to figure out if that agency meets your expectations. Ways of determining if an agency is fake or trying to scam you will also be covered. The instructor will give you an overview of why she chose self-representation over an agency. Also, the methods of social media marketing for actors via channels like Facebook, Twitter, and Instagram will be considered. Some tips and tricks on tagging and hashtags will be provided. Lastly, you will become familiar with what acting reels are and see the types of acting reels. Examples of the instructors basic acting reels that are also available on her website will be shown to help you create your own decent reel. This course will be of interest to actors, acting students, or anyone looking to develop their skills in this field. So do not delay, start learning today!