Poetry in the Romantic Period

This free online course teaches you about the Romantic poetry era and the characteristics of poems during this time.

Teaching & Academics
Free Course
The romantic era in poetry is known for its sentiment, emotion, and imagination. We can thank William Wordsworth and Samuel Coleridge for announcing this a movement of 'freedom of creativity'. In this free online course, you will learn about the key characteristics and elements that make poetry passionate during this time. You will learn about the different poetic forms and functions and specific poets relevant during this time.
Start Course Now 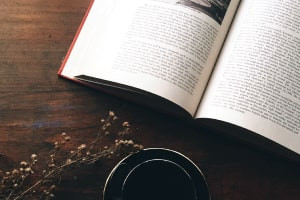 Romantic poetry is known to be full of imagination and emotions, passionate in its verse and creative in its form. The poets of this period welcomed freedom and rejected nobility. They embraced nature as well as the supernatural and subconscious. If you are interested in exploring the minds of the great poets, then this course is for you! The course introduces romantic poetry and looks at the different poetic forms used during this time, with a particular focus on the lyrical ballad. You will explore the different theories that many poets had on poetry, which is important as poetry was focused on thought and even dreams. Subjectivity became vital as it was a reaction to neoclassical objectivity, which avoided describing their personal emotions in their poetry.

Who were the prominent people that brought about this era in poetry? We can thank Samuel Taylor Coleridge and William Wordsworth for their contribution to this era. In the next section, you will cover the historical and literary contexts in which William Wordsworth operated. It also focuses on William Wordsworth's life as a poet. The course takes an in-depth look at his poem ‘The Prelude’ and unpacks elements present within this poem, and relates it to romantic poetry’s characteristics. Along with discovering William Wordsworth, is the equally important Samuel Coleridge, whose famous poem ‘Kubla Khan’ is a prime example of romantic poetry at its finest. We first look at how Coleridge experienced his poem during a dream and secondly, we look at the aspects and metaphors involved in this particular poem.

Finally, the course proceeds with poets such as the likes of John Keats and Percy Shelley. Study the historical and literary contexts of both of these poets, which is essential for understanding their minds and discovering why they wrote these poems and the meaning behind their metaphors and the significance of their words. Along with William Wordsworth and Samuel Coleridge, John Keats and Percy Shelley are great examples of poets who lead the way during the romantic era. If you have any interest in the romantic era’s artistic or literary experience, this course is a great learning tool for you. You will learn about analysing and unpacking hidden meanings and artistic expression. Start this course today to be able to interpret this high form of poetic art during the romantic era of poetry!

Poetry in the Romantic Period