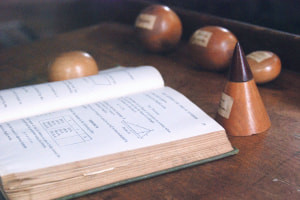 This free online course takes you through essential mathematical concepts required in engineering.

Publisher: ADU
Every successful engineer needs to be well equipped in certain aspects of mathematics to excel. This course provides a solid foundation in understanding the mathematical principles behind the study of conic sections and logarithmic functions as well as their applications in real life. By the end, you will have built on your foundational knowledge of mathematics for engineers. Get started with this useful course today.
Start Course Now

This course describes how conic sections are created when a plane cuts a random slice through a three-dimensional cone (also called a ‘double napped’ cone). It discusses parabolas, which is a curve where any point is at an equal distance from a fixed point (the focus) and a fixed straight line (the directrix). This course explores the various ways of deriving equations of parabolas with horizontal and vertical orientations. It also shows you how to write equations of parabolas in standard and general form. Learn about graphing parabolas and analyzing parabolas from data. Analyze a circle, which is the set of all points on a plane that are a fixed distance from a centre. You will then see how to derive equations of circles centred at the origin. Also, you will learn about graphing circles and the process of analyzing circles from data, including finding centre and radius as well as writing the appropriate equations. The course explains the applications of circles, especially in real-world situations.

Next, the material takes you through the world of ellipses, which are the set of all points in a plane, the sum of whose distance from two fixed points, called the foci, is a constant. You will study the circle, which is a special type of ellipse where both focal points are at the same point, the centre. The course goes on to explain how to derive equations of ellipses with horizontal and vertical orientations. It also describes how to write equations of ellipses in standard and general form. You will learn about graphing ellipses and study how to analyze ellipses from data: that is, finding vertices and foci along with writing the appropriate equations. You will be taken through how to write the equation of ellipses using specific conditions. Learn how the orbits of the planets around the sun are elliptical and see how the sun is positioned at the focus of the ellipse. If you have heard about hyperbolas before and you are interested in knowing more about their formation and their applications, then you are taking the right course. The material discusses in detail how hyperbolas are formed and their importance in the development of satellites. You will also learn how radio systems' signals employ hyperbolic functions.