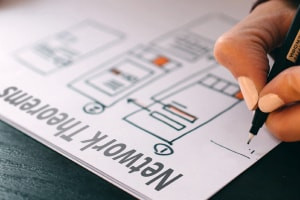 This free online course on the derivation as well as the application of various network theorems in electrical circuits.

Publisher: NPTEL
This free online introduction to network theorems course will teach you about the types of network theorems used in circuit analysis, as well as the implication of linearity properties in circuits. You will also learn about the superposition theorem. You will also learn about the derivation steps for the maximum power transfer theorem and its application in circuit analysis and derive the equivalent circuits for the Thevenin and Norton theorems.
Start Course Now

In this course, you will learn about the types of network theorems used in circuit analysis, as well as the implication of linearity properties in circuits. The application of the superposition theorem and the concept of duality in electrical circuits will also be covered in this course. Then, this course will teach you how to derive the equations for Thevenin's theorem, as well as show examples of Thevenin's theorem with dependent sources.

This course is helpful for learners who want to understand the principles of the network theorems used in circuit analysis. Learners can also gain a good understanding of how to derive the theorems used in carrying out circuit analysis. Begin this course now to learn how the equivalent circuits for the Thevenin and Norton's theorems are derived and applied in electrical circuits.