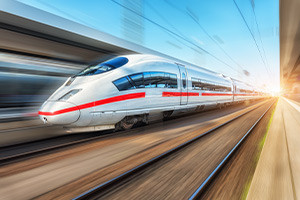 This free online course on kinematics introduces you to the concepts of distance and displacement in basic motion.

Publisher: Mahesh Shenoy
In this free physics course on kinematics, you will master the concept of distance and displacement in basic motion. Learn how to ascertain the value of average velocity and instantaneous velocity, and study position function and velocity-time graphs. By the end, you will be better informed about the relationship between displacement average velocity and the time travelled by an object.
Start Course Now

Kinematics is a branch of mechanics and is the science that illustrates the movement of objects using graphs and equations. This free online introduction to kinematics focuses on the principles and laws that govern the movement of objects. You will discuss terms such as acceleration, displacement, instantaneous velocity, free fall and relative motion. See how kinematics is used to explore the motion of the earth in relation to other bodies in the universe. Did you know that even though distance and displacement are similar, they have many differences, especially in terms of direction movement? Did you also know that there is a difference between instantaneous velocity and average velocity?

This easy-to-understand course explains the concepts of distance and displacement in basic motion. It breaks down how to ascertain the average value of average speed and average velocity. You will learn to solve a number of problems comparing the speed of two particles. The material describes instantaneous speed and how it affects the rate of change of position of an object for a time interval. It then explains how to determine the rate of change of velocity on an object in practical terms. You will learn how to calculate the acceleration of an object and the impact acceleration has on the distance covered. In this course, learn about the relationship between speed, velocity and acceleration. Do you know the importance of the position function in kinematics? See how to use the position function to find velocity and acceleration on an object. The course then describes how to calculate the velocity of a particle at a particular time interval using a general equation and examples.

Finally, you will be introduced to uniform motion and how it impacts a body travelling in a straight line. The material explains the uniform motion graph along with examples. Study how the velocity-time graph shows the speed and direction an object travels over a specific period of time. You will also learn how velocity-time graphs are called speed-time graphs in some instances. The course goes on to explain uniformly accelerated motion and how the velocity of an object is constantly changing. You will discuss examples of natural occurrences where uniform acceleration exists. Learn how to calculate the displacement of an object in motion. Explore the relationship between displacement, average velocity and the time travelled by an object. You will study different equations of motion and the methods used in deriving them. Get to analyze numerical and position-time graphs. Another interesting concept discussed is objects only under the influence of gravity or in ‘free fall’. If you are interested in learning more about mechanics and physics, then this kinematics course is for you.