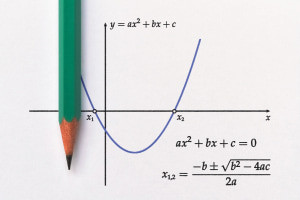 For high school math students, this course shows you how to solve linear and quadratic equations and graph parabolas.

Publisher: ADU
This free online course teaches you the modern approach for solving and graphing linear equations. Learners who take this course will gain up-to-date knowledge of the form, graphical representation, and methods of solving a quadratic equation. The concepts of parabolas and circles will also be covered extensively. Register for this course today if you want to improve your high school physics results.
Start Course Now

Lastly, the definition of a parabola, graphing of a parabola and the parabola with vertex at the origin will be covered by the material. The general form of and the methods for writing the equation of a parabola will be analyzed extensively. You will learn about the definition, standard equation, graphing, and general equation of a circle in the easiest way possible. Study the various real-world applications of circles and how to write the equation for one. Master variation, simplification of rational expression, and complex fractions. Finally, the procedure involved in the operations of rational expressions will also be covered. This course will be useful for those studying high school math who want to revise algebra to improve their results. There are no subscription or registration fees and you can complete the course for free.