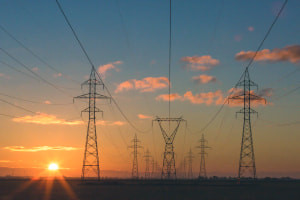 This free online course in energy economics will introduce you to the concept of carbon costs, resources and reserves.

Publisher: NPTEL
This free online course will introduce you to the concept of energy economics and renewable energy sources. You will learn how to calculate the cost of carbon saving, the rate of depletion of energy sources and understand the difference between reserve and resource. You can acquire a sought after skill in the energy sector and augment your existing knowledge base.
Start Course Now

The market for renewable energy technologies is growing and there is global interest in new energy transitions. There are many factors leading to this interest and plenty of drivers to push us towards this transition. In this course, you will learn the fundamentals of energy economics by focusing on the renewable sources of energy. You will begin with learning about the calculations of CO2 emissions, the cost of saved carbon and the solar energy requirement throughout the day. In terms of carbon savings and the cost of saved carbon, the concept of certified emission reduction is mostly used. One certified emission reduction or CER is one ton of CO2 saved. You will learn about this calculation as well with the help of detailed illustrations and examples. The control of the release of carbon dioxide and the gradual depletion of fossil resources has been posing a severe practical challenge for every country. There are increased and focused efforts to find economic access to efficient, reusable resources such as biomass, wind energy, solar energy, and fuel cells by both academic and industrial organizations.

This course has detailed discussions on renewable sources of energy, reserves and finite resource constraints. You will be introduced to the McKelvey box, a diagram that shows the difference between resources and reserves. As one travels from resources to reserves, both geologic certainty and economic feasibility increase. You will gain knowledge of this aspect of energy economics as you learn about Hubbert's model, Multi-Hubbert model and Hubbert curve analysis. Depletion of a resource occurs when the renewable and non-renewable natural resources become scarce because they are consumed faster than they can recover. The term resource depletion is commonly associated with water usage, fossil fuel consumption, trees and fishing. All of these resources have been depleted primarily because of human activities.

You will be taught why the rate at which energy resources are depleted is faster than the rate with which they are replaced. You will also understand about annual fluxes of different types of energy, such as, wind energy, solar energy, bio energy and geo-thermal energy. Energy flux is the rate of transfer of energy through a surface.

Solar radiation, often called just the sunlight, is a general term for the electromagnetic radiation emitted by the sun. Solar radiation can be captured and turned into useful forms of energy, such as heat and electricity, using a variety of technologies.  Similarly, according to the European Commission, sea waves have great potential as a renewable energy source. Another source of energy which is under investigation is the geothermal energy, which is heat derived within the sub-surface of the earth. Water and/or steam carry the geothermal energy to the Earth's surface. Depending on its characteristics, geothermal energy can be used for heating and cooling purposes or be harnessed to generate clean electricity. You will learn the basics of these energy sources. In simple words, the main aim and scope of energy economics is to study the factors that lead to economic efficiency by optimising the use of energy commodities and resources. Energy economists are needed to study the motivating factors that contribute to changes in the supply and demand for the production, distribution, and consumption of energy resources. So, enrol for this free course right away!