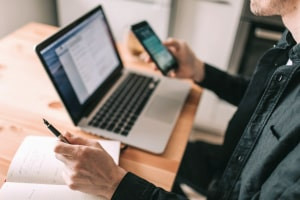 Learn about the advancement of human communication from print to electronic formats and then to digital media.

Publisher: NPTEL
Explore the development of print and how it contributed to the standardization of languages and influenced the spread of ideas in Europe and India in this free online course. Study how traditional print publications transformed into electronic communications before seeing the impact of the arrival of digital media. This course also looks at the rise of the Internet and the role of social media in human communications.
Start Course Now

This course starts by introducing you to the history of printing in Europe and the important parties that were involved in the creation and distribution of books. You will also learn how print influenced the spread of ideas and affected the politics and economics of European societies. You will be taught the consequences of capitalism, the concept of a ‘civilizing mission’ and the resistance to colonial hegemony.

Furthermore, learners will gain an understanding of the concept of print in Bengal, the movement towards surveillance and censorship in colonial India and the rise of the Telugu novel. You will be shown how printing developed in northern India and its socio-political influence on the country. You will also consider the effect mechanical reproduction of art has on the value attributed to art and creativity. This course will then teach you about the effect the development of electronic media has had on human society.

From Print to Electronic Media