Diploma in Authors of Twentieth-Century Fiction 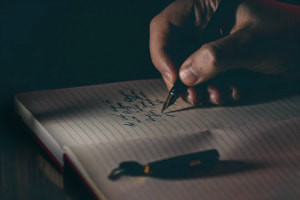 Learn about the authors of 20th century fiction, including the themes present and critical analyses of their texts.

Publisher: NPTEL
This free online course will teach you about the collapse of European civilization which is dystopian in quality. You will be taught about the 1947 partition which was the bloodiest events in south-east Asia and across the world in human history. You will be shown interesting insights into the politics of representation, the study of economic shift and the departure from reality which becomes more obsessive.
Start Course Now

In this course, you will be introduced to the text that critiques the alienating effects of modern urban life. These texts establish an almost romantic tone at times. You will be shown texts that raise profound questions on the definition of sanity and the thinning of boundaries between the 'mad' and the sane world. You will learn about the text which possesses momentum that is continuously frustrated by digressions.

Also, you will be introduced to the themes and motifs of ‘The Wasteland’ as it juxtaposes fragments of various elements of literary and mythic traditions with scenes and sounds from modern life. You will be shown the deconstruction of phrases such as ‘'The burial of the dead' and 'A game of chess' which help reveal motives behind the poem 'The Wasteland'. Also, you will be taught the degeneration of human relationships, the sublimation of sexual desire and the deadness of faith in 'The Wasteland'.

Furthermore, you will be taught the themes of politics and femininity present in ‘The Chess Players’. You will be shown the marginalization of women, the culture of intoxication and the sense of revenge in the story 'The Chess Players'. Finally, you will be introduced to the literary symbolism present in the poem ‘Love Song of J Alfred Prufrock’ and ‘Preludes’. You will learn about themes such as ‘Alienation and Urban Decay’ and ‘The Nature of Time’ present in the poem ‘Preludes’. After that, you will be shown themes such as ‘Loneliness’, ‘Aging’ and ‘Indecision’ present in the poem ‘Love Song of J Alfred Prufrock’. This course is important for learners who want to understand the rationale of the authors of the twentieth-century sensational texts mentioned.