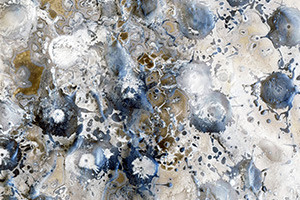 This free online course explores the structure of matter, atomic structure, as well as the configuration of electrons.

Publisher: ADU
CLEP Chemistry: Structure of matter is a free online course that explores the concept of the various state of matter. There are various forms of energy available in this world. The course discusses potential energy, kinetic energy and other types of energy. It analyzes the discovery of the three various subatomic particles. If you want to learn how to determine the number of each particle an atom contains, you should register for this course.
Start Course Now

CLEP Chemistry: Structure of matter is a free online course that has been specially prepared to take you through the properties of compounds, mixtures, metals, non-metals, and metalloids. It distinguishes between physical properties and chemical properties. What is the matter? Every day we find many varieties of things with various colours, sizes and shapes. Everything is made up of material in this universe, which scientists have named matter. The particles of matter have a force of attraction between them. We can say that matter is present in three different states: solid-state, liquid state, and gaseous state. The states of matter are interconvertible. We can convert matter in one physical state to another by changing either the pressure or the temperature. This course highlights heat of fusion, freezing points, sublimation, the heat of vaporization and condensation. It explores the complex nature of matter and atomic numbers. Energy is very much required for our life. There are various forms of energy available in this world. This section that follows discusses the forms of energy and transfer of energy.

Ernest Rutherford came forward with a new model for an atom which was called the Planetary model. He introduced the concept of sub-atomic particles and their position and arrangement inside the atom. If you want to learn about Dalton's theory, Thomson’s model, and the experiments carried out to find the arrangement of electrons inside the atom, this course comes highly recommended. It covers in detail the discovery of the three various subatomic particles; proton, neutrons and electrons. It also specifies how to determine the number of each particle an atom contains. It is possible to argue that the periodic table is the most important part of Chemistry. It is certainly the most useful tool in Chemistry. It organizes all of the known elements. The evolution of the modern periodic table of elements has remarkably demonstrated the logical consequence of the electronic configuration of atoms. This course will take you through classifying the elements of the periodic table by groups and periods. You will learn how to Predict the physical properties of an element based on the physical properties of other elements in the same group.

Furthermore, it is important to understand the periodic table in chemistry. This is because the placement of the various elements on the table gives rise to several periodic trends. These trends include; Atomic radius, Metallic character, Electronegativity and Ionization energy. This course describes the electron configuration of an element. It determines how to predict the ionic charge as well as the electron configuration of cations and anions. Also, it covers valence electrons and the properties of elements.  In general, metals lose electrons, while non-metals gain electrons. The gaining and losing electrons play a vital role in chemical bonding. There are three major types of radioactivity with each having its composition, charge and mass. The learning contents in this course is crucial for students, researchers, chemical scientist and anyone with an interest in the working knowledge of the state of matter. So, register for this course and start your next learning journey.