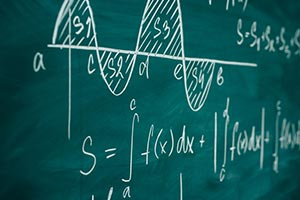 This free online course examines the first and second order derivatives, as well as theorems in integral calculus.

Publisher: ADU
This course introduces the learners to the derivatives of the inverse trigonometric functions as well the relationships between functions and their first and second derivatives. Learners will get to know about Chart Method for finding absolute extrema and how linear approximations are widely used in the method of finite differences. By the end of the course, learners will become familiar with the first and second theorems of integral Calculus.
Start Course Now

Do you know that the study of Logarithms is an essential area in all of Calculus? There are important aspects of Logarithms that are relevant in everyday life. One of such is the base e. Base e helps in simplifying, differentiating and integrating in Calculus. Another important one is the Base ten. Logarithms using base ten have many applications, including Decibels, pH, and the Richter scale. Logarithms can be very useful in simplifying an algebraic expression, thereby making it easier to differentiate. Have you done calculations in Calculus involving maxima and minima values? This course explains the underlying principles in maxima and minima values known as the first and second derivatives. You will be introduced to the Local Extreme Value Theorem and the technical term used for 'turning point'. The idea behind Absolute extrema is also explored in this course. You will learn out about the smooth curve, which is also known as the differentiable curve. Several scientists have done some work around finding the Absolute extrema of a curve. You will get to know the system developed by the great mathematician, Make A. Chart, used for finding absolute extrema.

Finally, you will study other methods apart from the Chart's method used to calculate a curve's absolute extrema. Have you ever heard about the importance of the Mean Value Theorem? Are you interested in learning about the Mean Value Theorem? The Mean Value Theorem is a simple, perhaps even obvious theorem in differential Calculus. You will learn how to apply the second derivative test in differential Calculus. You will be introduced to the concept of concavity and points of inflection. Optimization is a crucial aspect of Calculus discussed extensively in this course. An optimization problem in Calculus seeks a "best" or "optimal" value for a variable quantity, which depends on the value of another variable quantity, over which we have control. Did you know that derivatives have essential applications in business and economics? Generally speaking, derivatives are very useful in solving many types of mathematical and non-mathematical problems. This course does a great job of describing the applications of derivatives in several areas. Start this course today and get real insights into the basics of higher derivatives in Calculus and its many applications.